The country has improved the fight against corruption in the past years, but keeps failing in terms of prosecuting people at top levels, transparency watchdog finds. 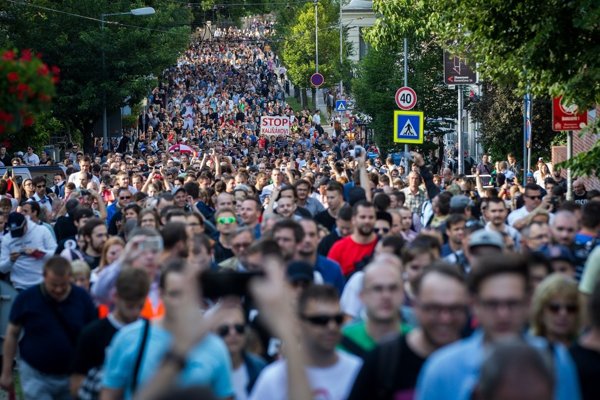 Slovakia has seen only a tiny improvement in terms of successfully prosecuting corruption at the highest levels over the past three years, according to an analysis carried out by ethics watchdog Transparency International Slovakia (TIS), presented on November 10. Only four elected officials have been found guilty of corruption: one mayor of a village and three local councillors, the analysis examining developments in the criminal prosecution of corruption in the country between 2014 and 2017 shows.

TIS primarily blames the police and the public prosecutor’s offices for the current unsatisfactory situation in this regard, the TASR newswire wrote.

The non-governmental organisation analysed 244 valid verdicts handed out by the Specialised Criminal Court involving corruption cases for the period of July 2014-June 2017. TIS finds it striking that in 2016 only 55 corruption cases were concluded, in which only 67 people were charged – the lowest number in the last five years. In the first half of 2017, 41 cases were concluded.

TIS further reports that former Čadca (Žilina Region) mayor Jozef Pohanček still remains the highest-level official who has been effectively convicted of corruption in Slovakia. He committed the crime in 2005.

Ex-ministers tried; but not for corruption

“I still see that the police and the prosecutor’s offices are not free to go after anyone, especially not top-level politicians,” said TIS head Gabriel Šípoš, as quoted by TASR.

In this context, Šípoš added that he views the recent “bulletin-board tender” case, in which the Specialised Criminal Court sentenced former construction ministers Marián Janušek and Igor Štefanov to long-term imprisonment, as not completely satisfying.

“It’s a good shift; but the problem is that no corruption has been detected in the case," said Šípoš, as quoted by TASR, noting that the two ex-ministers were found guilty of wrongdoing in a public procurement proceeding and of misusing public authority powers. “Basically, the case was made that the tender had been carried out badly, that a bad bid had been selected, and that the money had been wasted.”

The TIS head noted that no entrepreneurs involved in the tender were punished.

The good news is, according to TIS, that compared to 2011-2014, the share of resolved cases involving bribes over €1,000, which are considered to be serious corruption cases, has tripled in the last three years.

The Special Prosecutor’s Office halted 15 percent of cases involving corruption since 2014, and less than 40 of all cases ended up with a bargain plea that effectively did not bring the wrongdoers before a court, TIS analyst Matej Šimalčík said for the SITA newswire.

The NGO thus recommends three measures to improve the current state: bigger transparency for the public, increased sentences for indirect corruption and the de-politicising of police and the prosecutor’s offices, since the huge lack of big corruption cases evokes questions about the independence of the investigation in terms of top public officials.