Blog: Poetry slam – one year on

The Clash of Languages invites Spoken Word artists from different countries, to compete in their languages as teams. 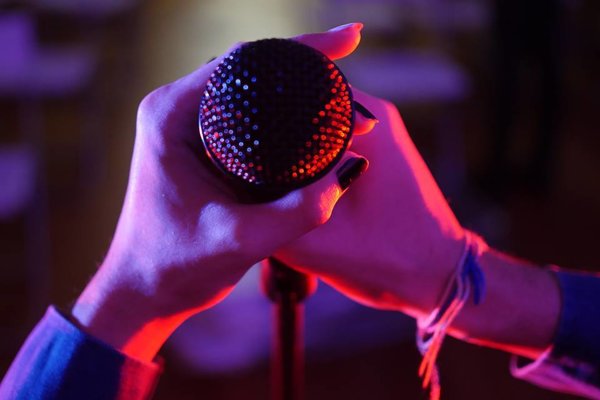 On November 24 2016, Fountain Poetry organized the “1st English Fountain Poetry - Poetry Slam” in Bratislava. One year fast forward, visiting one of the many Poetry Slams on a Thursday or Friday night is a well-established way of spending your introduction to the weekend in the city. Founded by Florian Niederseer, he saw as a former Slam Poet himself that Bratislava is missing something, and that was established Slam Poetry. In the past, there have been artists active with labels like Slam poetry SK, now and then there are poetry performances in collaboration with festivals, but nothing that was bringing like-minded people together on a regular base and gave especially people, who prefer the English language a stage.

Before we go deeper into the topic, what is a Poetry Slam actually?

A Poetry Slam is a competition between performing poets, who try to win the hearts of the audience with their words. Presented topics can range from very emotional performances to others which will make you burst out into laughter. A Poetry Slam is a melting pot of many artists and people who love being inspired and simply like a new way of entertainment. On a Poetry Slam, one will not only hear poetry. Various kinds of text types are allowed as performance, ranging from poetry to prose, short stories or other types. The limit is the Spoken Word. This is what Slam Poetry offers, and Fountain Poetry has made it possible for many people in the past to be on stage and brought them and the audience closer to Spoken Word Art.

However, nowadays there is more than just Fountain Poetry active in the city. Locations like the Bukowski Bar, the Bystro Komunitné Centrum Bratislava or Kalab with their Open Mic have picked up in the past Spoken Word Art as well and got active, giving the people of Bratislava a broader variety of events to choose from. Performance evenings by them are mainly in Slovak. 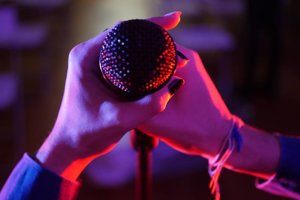 In contrast to that, Fountain Poetry nearly offers an English-only program with the exception of their own creation, the Clash of Languages. The Clash of Languages invites Spoken Word artists from different countries, to compete in their languages as teams. In order to have the event understandable for everyone, subtitles are displayed in the background in English. This is just one type of Poetry Slam formats, Fountain Poetry is organizing in Bratislava. From smaller, warm & cozy Poetry Café Nights without the competitive part, to the combination with different kind of arts at the Inkwell Slams at Kalab, there is always something different & new.

During the last year, the organization was also active in humanitarian causes and donated the revenue of one of their events to an educational project in Mozambique. A larger version of a so-called “Charity Slam” is already in the brainstorming process and it is planned to work together with a Slovak NGO.

Besides being active in Bratislava, Fountain Poetry has expanded with their first events to Budapest as well. But no worries, Slovakia is still going to be their main country for Slam Poetry.

Fountain Poetry itself is made up out of a small group of high school students from the CS Lewis Bilingual High School & LEAF Academy.

In a single year, they have established a new type of Slovak contemporary culture, which is favored by the people of Bratislava and beyond.