Former interior minister of the communist-era Czechoslovakia, Lubomír Štrougal, is being prosecuted for dozens of killings on the country's borders. 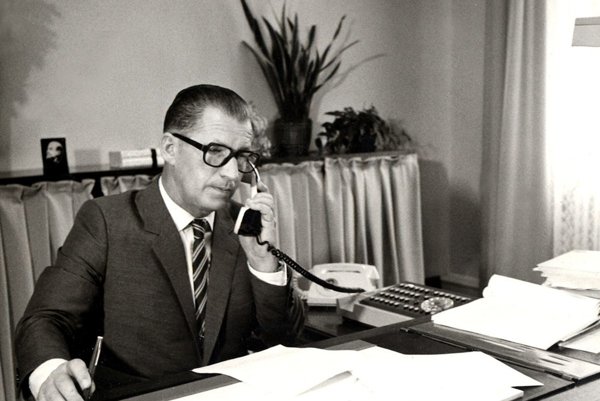 Lubomír Štrougal is one of those bearing joint responsibility for murders on the country's borders. (Source: TASR)
Font size:A-|A+1

Picture the state border enclosed by barbed wire, manned by soldiers with machine guns and live bullets, guarded by aggressive dogs. The borders where the communist Czechoslovakia touched with its western neighbours resembled well-guarded military bases.

Yet not even these conditions could discourage thousands of people who yearned for freedom from trying to flee to the West. Many succeeded, while others were killed in the attempt. From the start of 1950 until 1965, electric fences were responsible for 91 deaths out of the 246 victims of the strictly guarded border.

Along with others, the former interior minister, member of the Politburo (the executive committee of communist parties) and later Czechoslovak prime minister Lubomír Štrougal, who held power between 1961 and 1965, is jointly responsible for the deaths of dozens of people killed on the borders.

At the end of last February, the Polish Institute of National Memory started to show an interest in him, on behalf of the Polish citizens who died on our border.

“Such initiatives evoke hope for a full coming-to-terms with communist crimes and offer the chance to identify the perpetrators and give tribute to the victims,” President of the Institute, Jarosław Szarek said, after the proceedings had been opened.

Neither the Polish Institute of National Memory, nor the country’s prosecutor’s office want to reveal any details – fearing this might threaten the investigation.

“Victims from the borders lie in unidentified graves; so far, we have managed to detect at least six of them,” says Neela Winkelmann-Heyrovská of the international non-governmental organisation Platform of European Memory and Conscience which co-initiated Štrougal’s prosecution.

“We have filed three criminal suits. We are trying to identify the whole chain of command, so that we can help the police in their work,” Neela Winkelman-Heyrovská

It appears that the Polish side is asking for the dead bodies to be exhumed but the prosecutor’s office in České Budějovice has not confirmed this so far.

Requests for international legal aid should arrive in both the Slovak and the Czech Republics from Poland. The Slovak Interior Ministry says that they have not received any request so far.