Car industry in Slovakia gets automated 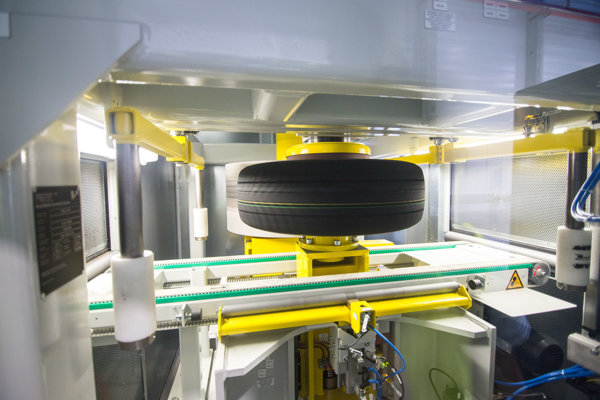 Automation is a global trend in the automotive industry and Slovakia is not an exemption. There are thousands of robots installed in carmakers and their suppliers making their production more effective and competitive and safer for their employees.

“A car is a product from which the client requires high quality and reasonable life time,” Juraj Sinay, president of the Automotive Industry Association (ZAP), told The Slovak Spectator, adding that the increasing demand for cars, requirements for higher labour productivity as well as efforts to unburden people from repetitive, heavy and boring work are reasons behind the deployment of robots and production automation in the automotive industry.

Martin Jesný, industrial analyst at the Revue Priemyslu magazine, specified that while currently, on average, cars are rolling down from production lines in the speed of one car per minute, the competitive pressure forces to accelerate the production speed. It may even double within 10-12 years.

Another reason for automation is high requirements for quality and preciseness.

“Some operations have advanced to such a demanding form that a human being is not able to carry them out in the required quality any more, not speaking about the speed,” Jesný told The Slovak Spectator.

The rapid development of robots, artificial intelligence and ability of robots to learn extend possibilities for their deployment. In this respect Jesný mentions collaborative robots, or cobots, able to physically interact with workers in shared workspaces. This is in contrast with traditional robots designed to operate autonomously or with limited guidance.

“Robots and automation is the way for carmakers to remain competitive,” said Jesný. He added that this is the way how to increase labour productivity in companies required for the higher remuneration of workers, too.

Slovakia is experiencing a boom in the installation of robots while the automotive industry propels automation here. Out of 1,732 multifunctional industrial robots obtained by Slovak companies in 2016, almost 90 percent went into the automotive industry, the Trend weekly pointed out based on the latest statistics of the International Federation of Robotics (IFR).

Most robots are deployed in the production halls of existing carmakers in Slovakia, i.e. Volkswagen Slovakia, Kia Motors Slovakia and PSA Groupe and their suppliers make up 81 percent. The producers of plastics and rubber products use 6 percent of industrial robots and the rest are in other sectors of economy. Half of them carry out manipulation operations and about 38 percent welds, Trend cited IFR statistics.