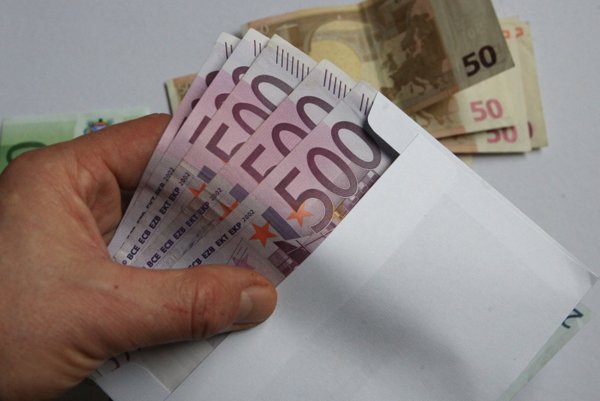 Five foreign embassies in Slovakia – Belgium, Canada, the Netherlands, United Kingdom and United States – have released a joint statement to mark the International Anti-Corruption Day (December 9), acknowledging the Slovak government’s effort in the fight against corruption. But they are also calling for further measures in support of transparency.

“Our embassies welcome and acknowledge the important efforts the Slovak government has made over the past year to fight corruption and encourage the government to continue to implement concrete measures to promote transparency, combat fraud, and ensure punishment of those who violate those rules,” the statement reads.

The embassies praised Slovakia as a leader in the Open Government Partnership, noting that it continues to promote transparency and public participation in government through the adoption of an ambitious third National Action Plan. They welcomed, too, the cooperation of the government with the OECD on combating corruption and the establishment of the Department for the Prevention of Corruption at the Slovak Government Office. They also appreciate increased communication between the cabinet, business community, and civil society, particularly in the creation of more effective rules that will protect whistleblowers.

“Ongoing public and expert discussion on reforms of declaration rules is also a positive step, and could help prevent conflicts of interest,” the embassies noted. “The introduction of more standardised and transparent selection criteria for judicial candidates is another important measure.”

The representation offices of the five countries stated that they stand ready to work in partnership with the cabinet and civil society to continue promoting good governance in Slovakia and are ready to support the cabinet’s reform efforts.

“Important challenges identified by the business sector and civil society include implementing ethical standards, making regulators independent, addressing public procurement challenges, and strengthening investigation and prosecution of corruption-related activities,” they stressed. “Citizens play a critical role by reporting corruption when they encounter it and holding officials accountable for their actions. The efforts of political leaders and law-enforcement authorities, in partnership with active citizens, civil society, media, and the international community, can create a more fair and transparent society”.

The embassies also stress, however, the importance of continuing reforms, the Sme daily wrote.

Three out of four Slovak citizens believe police efforts to uncover and handle corruption are unsatisfactory.

“22 percent of people evaluated it as partially, or totally, insufficient, while three percent were not able to answer,” head of the Zastavme Korupciu (Stop Corruption) foundation, Pavel Sibyla, said about the poll ordered from the Focus agency.

Moreover, only one out five Slovaks know that people who report corruption or any other wrongdoing are entitled to protection by law.

The poll organised on the occasion of the International day of Fight against Corruption showed that more than one quarter of respondents thought they were not entitled to protection, and more than one half could not answer the question.

“This is one of the reasons why we created the www.akooznamit.sk website, to explain as understandably as possible how to report corruption, and what are the chances for protection already available due to current legislation,” Marianna Leontiev, lawyer cooperating with Zastavme Korupciu, told the TASR newswire.

The respondents were asked, among other things, whether they think most Slovaks would report corruption if they guaranteed adequate protection. 39 percent said they would while 41 were of opposite view.

Sibyla also pointed out answers to the last question of the poll: 72 percent of respondents opined that most inhabitants of Slovakia would behave in a corrupt way if they had a chance, while 20 percent disagreed.

The Focus polling agency collected data between November 7 and 13. There were 1,017 respondents.