J&T Real Estate and HB Reavis declare continuation in their projects without the statutes. 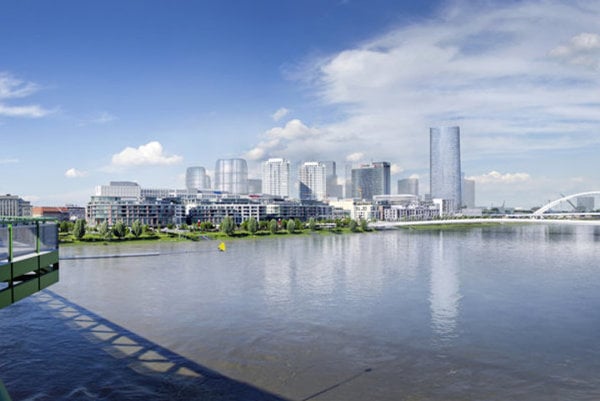 The development companies J&T Real Estate and HB Reavis have withdrawn their applications for a statute for important investments in Bratislava, Deputy Prime Minister Peter Pellegrini informed on Monday, December 11.

HB Reavis gave the reason for their withdrawal as an effort to further elaborate on the details of its development plans in cooperation with the capital of Bratislava and the government. J&T Real Estate argued against the complexity of the whole process. Both developers declare that they will continue with their projects, in which they plan to invest more than €2 billion in total.

The cabinet was scheduled to discuss the applications on Wednesday, December 13.

To get a statute for an important investment a company needs to invest at least €100 million or create a minimum of 300 new working positions. Another condition is that the project is in the public interest. The investor in turn can get a tax holiday, better access to the acquisition of land, and faster and simplified approval processes.

HB Reavis and J&T Real Estate applied for the important investment statute for their package of development projects on both sides of the Danube in March and August, respectively. The one by HB Reavis included a brand-new bus station and a cable car connecting the bus station with Petržalka. J&T Real Estate has promised with its project, Connected Bratislava, a new tram line on the Petržalka embankment of the Danube River. The statute would have simplified and shortened the approval processes and thus shortened the time needed for construction. 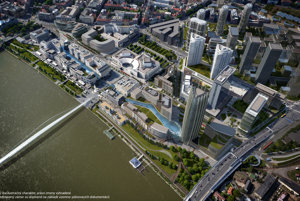 The projects have drawn criticism from the affected boroughs, city councillors and some ministries.

For example, Agriculture Minister Gabriela Matečná (SNS nominee) argued that the applications do not meet one of the basic preconditions for winning the statute and this is the creation of 300 new permanent work places. The Culture Ministry led by Marek Maďarič (Smer) objected to the route of the new tram line close to the new building of the Slovak National Theatre, the Sme daily wrote.

Petržalka and Ružinov (excepting the Old Town) on which the new developments are to be built, also criticised the possible granting of the statutes.