The court will have its full complement of judges after three years. 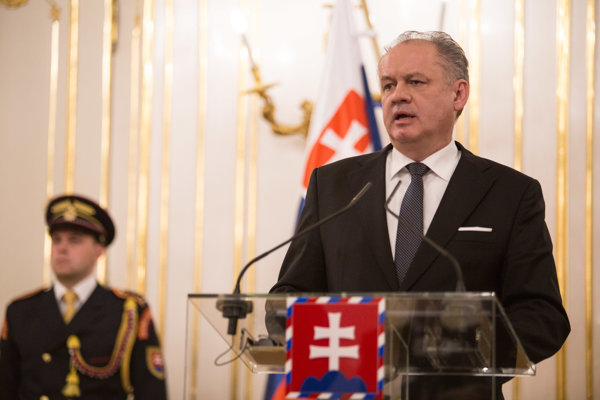 President Andrej Kiska will appoint the three missing Constitutional Court justices on December 14. As a result, the court will be ready to operate with its full complement of judges (13) after more than three years.

With his decision, the president is responding to the earlier Constitutional Court ruling that ordered him to appoint three of the seven candidates selected by parliament. Kiska will appoint two long-term politicians from the Smer party, Jana Laššáková and Mojmír Mamojka, and notary Miroslav Duriš, the Sme daily reported.

“I will accept the loss of one battle in order to continue the fight for a better judiciary,” Kiska said, as quoted by Sme.

At the same time, he described the ruling, issued by the senate composed of Peter Brňák, Milan Ľalík and Marianna Mochnáčová, as one of the worst decisions, which was made arbitrarily and is full of formal and factual errors as well as contempt for the constitution.

Kiska, however, decided to end the dispute with the constitutional court, which has lasted for more than three years, as he saw no other solution.

The Constitutional Court ordered the president to also approve those candidates who did not complain about his decision not to appoint any parliamentary candidates to the court: Imrich Volkai and Mojmír Mamojka. Kamil Baraník from Comenius University’s Faculty of Law criticised the order, claiming that the court should have decided only on people who had turned to it. 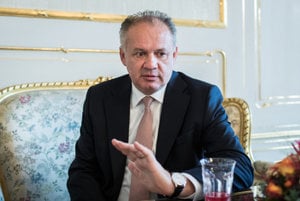 Read also: Kiska must select constitutional judges but he has run out of options Read more

“The senate does not have the power to issue such an order,” Baraník explained to Sme.

Meanwhile, Prime Minister Robert Fico called on Kiska on December 11 to appoint the judges before Christmas.

“He is responsible for the Constitutional Court not having all its judges and not dealing with the agenda as it should,” Fico said, as quoted by Sme, referring to the fact the court has to operate with only 10 judges at the moment.

If Kiska did not do anything in the matter, rumour had it he might have been sued for inactivity. Such a lawsuit can be filed by parliament but only if it is supported by the constitutional majority (which means 90 MPs).

Fico already said he would not initiate it, Sme wrote.

Selection of judges will change

Responding to the current decision, opposition MP Ján Budaj (Ordinary People and Independent Personalities) said that it is necessary to change the law concerning the selection of constitutional judges. The reason is that in 2018 another nine justices will have to be replaced.

“Without the changes, there will be a risk that the Constitutional Court will be of one-colour,” Budaj said, as quoted by the TASR newswire, adding that Justice Minister Lucia Žitňanská is now responsible for preparing the new rules.

Žitňanská (Most-Híd) responded that she respects Kiska’s decision and that it is similarly necessary to respect the situation after the verdict by the Constitutional Court was issued.

“The deadlock at the court is now over,” the minister wrote in her Facebook post. “I’m ready to do everything necessary to have the next election of constitutional justices in 2018 follow the new rules.”