Slovakia will have deficit budget in 2018

Slovakia is enjoying robust growth in its economy. In spite of this, the Robert Fico government pushed through parliament another deficit budget and again, postponed reaching a balanced deficit.

“The adopted budget is a glue for the ruling coalition,” said Prime Minister Robert Fico after parliament adopted the law of the year, referring to the summer crisis in the ruling coalition of his Smer party, the Slovak National Party (SNS) and Most-Híd.

The crisis resulted in shaping another social package, which includes measures sponsored by individual coalition parties like the 13th and 14th salaries, the increase of the minimum wage, the exemption of working pensioners from the payment of income taxes, as well as an increase in bonuses for night, weekend and holiday work. Since several of these measures are waiting to be incorporated into Slovak legislation, their impact on public finances is still unclear. 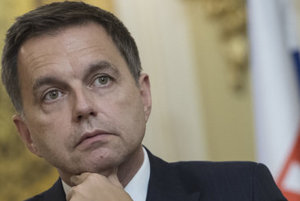 Analysts criticise the government for too slow consolidation of public finances.
“The budget is a wasted opportunity,” said Róbert Vlachynský, analyst with the economic think-tank INESS.

The adopted state budget projects revenues of €13.983 billion and expenditures of €15.956 billion, leaving a deficit of €1.973 billion next year. The basis for calculating the budget was a macro-economic prognosis foreseeing the national economy as growing by 4.2 percent in 2018.

Behind the acceleration of the economy’s growth is mostly the planned production launch in car plants and the related growth of exports.