Video captures a 30-year-old man chasing a thief on a bike. 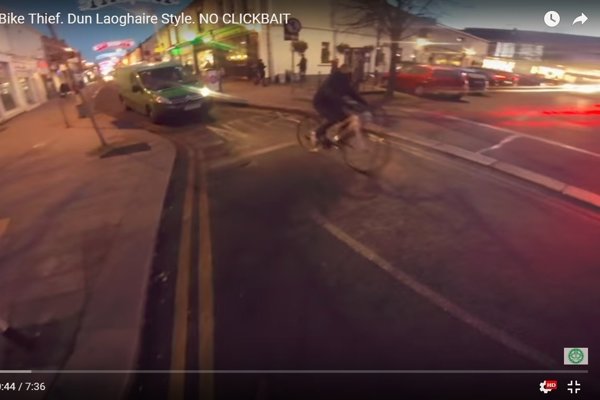 A cyclist filmed the moment he chased down a thief after catching him robbing a bike in County Dublin, the Irish version of the Independent daily reported on its website.

Cyclist Jozef ‘Joe’ Dobias (30), who comes from Slovakia and has been living in Ireland for the last 11 years, observed a man stealing the bike and spent the next six minutes or so following him. He eventually confronted the man about the robbery.

After a few seconds, the man, who has his face covered in a scarf, drops the bike and storms off.

Dobias captured the whole incident on a GoPro and published it on the Dublin Loves Bikes YouTube page.

“My aim is to now reunite the owner with the bike as it’s a very nice Giant Liv Alight in very good condition,” Dobias told Independent. “Surely will be missed. So please share this far and wide.”