The custom of devils coming down from the mountains before Christmas and punishing sinners has no roots in Slovakia though, evoking negative emotions and protests. 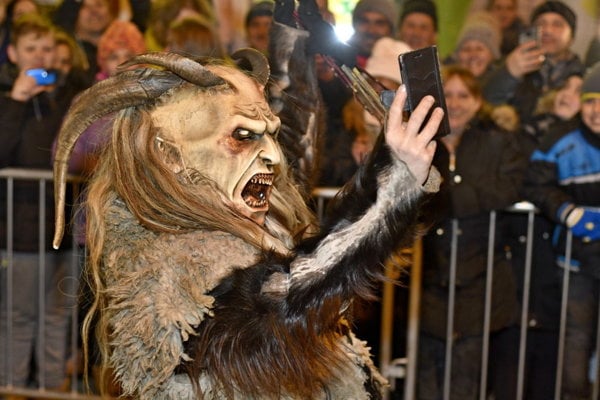 Despite a petition by local inhabitants, a devils’ march called Krampus took place in Piešťany on the evening of December 17, being the first of its kind in Slovakia. This event has, however, a tradition going back hundreds of years or more in many European countries and is greatly attended everywhere, the Sme daily wrote the next day.

Some of the locals, especially believers, felt negative emotions and started a petition to ban the event. In reaction, another petition was launched, this one was meant to support the march. The Piešťany town council dealt with the issue as well. More than a thousand people called on mayor Miloš Tamajka to ban the march, arguing that this is not a becoming event during Advent. The organisers argued with the tradition of devils in Slovakia as well – in the St Nicholas entourage, for example – and with the Krampus boosting the attendance and programme of the Christmas market.

Ultimately, the march took place as planned, attracting around 10,000 people to Piešťany, according to organisers.

“We are enthused – the participation exceeded our expectations,” organiser of the Slovak Devils’ March, Juraj Románek, told Sme. “We counted on an attendance of about five thousand or more, but according to the first estimates there were about 10,000 of them.” 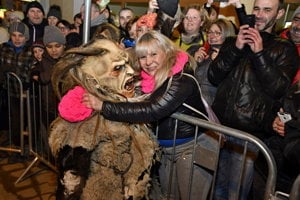 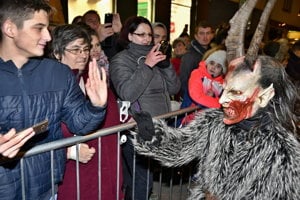 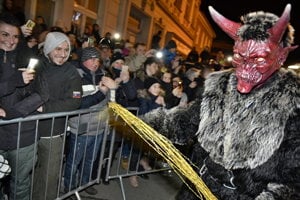 At the centre of Piešťany, about 40 figures in devils’ masks paraded in a limited area. Despite the crowds of curious onlookers, there was no incident reported. The only problems were caused by transport and a lack of parking space before the event's start. But the BaR Group, which organises the Christmas markets in Piešťany and is also behind the Devils’ March, risks worsening relations with the local self-administration.

The company faces fines for violating the law on cultural events and for the unauthorised occupation of public space, Piešťany spokesperson Eva Bereczová told Sme.

The tradition of devils’ marches originated in the Austrian Alps. Once a year, they descend from the mountains to punish guilty people. From there, it spread to Germany, Hungary, Slovenia, Italy, Croatia and the Czech Republic.