Serbs in Slovakia: You are racists but pay well

The number of Serbs working in Slovakia has doubled in 2017. Labour Minister Ján Richter wants to protect them from abuse. 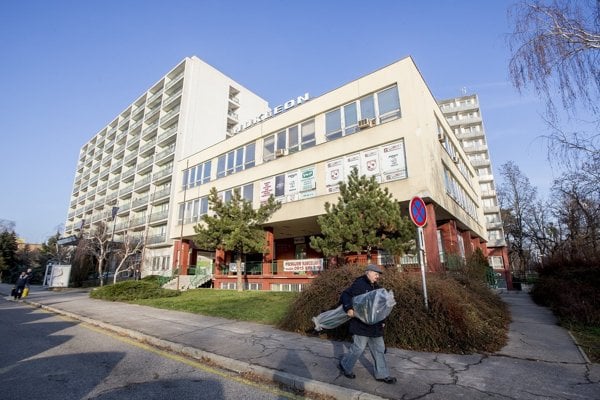 The area in front of the Nukleón hostel in the town of Trnava is busy even at around 15:00. Taxis and microbuses go through the parking lot to take people from work or to work.

It is cold outside, people standing in front of the hostel only to have a cigarette. The café that is part of the hostel’s building is closed. The owner closed his business after one of the residents broke its windows because he lost money in the slot machine in May, witnesses say.

The hostel is busy because there is a large number of Serbs who have come to work in Slovakia. It became well-known after two Serbs suffered stab wounds due to a fight in one of the hostel’s rooms. The police are still investigating the case. 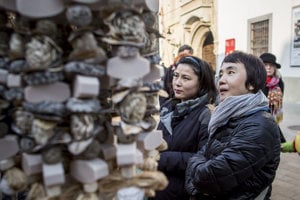 Only few of the accommodated Serbians are violent, most of them just wanting to live in peace, earn some money and return to their country, according to 27-year-old Dejan Lukić, who moved to the Nukleón only a few weeks before The Slovak Spectator visited the place.

“I noticed that many Slovaks don’t like us,” Lukić told The Slovak Spectator. “They think we all are some gangsters.”

The number of such hostels is rising in western Slovakia. For example, along with Trnava they are in Gabčíkovo and Šaľa. A new hostel will open in Voderady. This is because the number of officially employed Serbs in Slovakia has doubled since September 2016, to almost 11,000.

Looking for a job

The Serbian man Baki Balasa has been waiting in the parking lot for about 15 minutes. His transport is late. He works with a forklift truck and is the opposite of the stereotypical image of a young Serb who works during the day and makes trouble at night.

He speaks calmly, has around six months before retiring and avoids problems. He came to Slovakia to earn some money before he starts to receiving his pension.

“I don’t know what I would do at home,” Balasa told The Slovak Spectator. “There are jobs at home but are much they pay much less.”