Several changes are underway concerning the work of immigration authorities, particularly concerning highly-skilled immigrants, but the question is whether they will work. 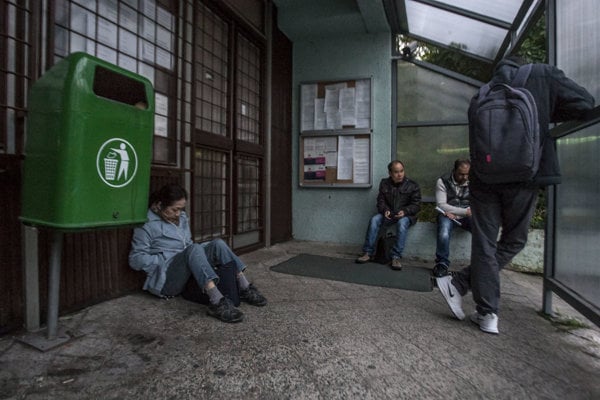 If you are a non-EU national and want to work in Slovakia, you should be ready for the possibility that it could take up to six months to get your immigration paperwork completed. For large businesses that increasingly need a foreign labour force, the length of the process represents a major issue and might even affect their operation and further growth.

Business service centres are one of the quickest-growing economic sectors in Slovakia, and one that increasingly needs a foreign workforce to realise their growth potential. To fully benefit from the growth potential, it is necessary to remove barriers hindering the arrival of highly-skilled resources. The participants of the “Business Service Centres in Slovakia: Back to the Future?” conference, organised by the American Chamber of Commerce in Slovakia and held in Bratislava in early December, agree.

“As global organisations look at Slovakia as a strategic option and compare it to other markets, the speed and ease of relocating skilled resources will be key in the decision-making process,” said Holly Ferreira, director of MBS Performance Management & Reporting at Mondelez in Bratislava.

Though costs are an important factor for big companies when assigning projects to a certain BSC, in which Slovakia has a big advantage, the decision-making criterion is how quickly a centre can ramp up free forces in the market, Ferreira explained.

The foreigners’ police, Slovakia’s immigration authority, say they are planning to adopt certain changes to ease the rules for highly-skilled foreigners coming to the country, but observers also point to some more pressing issues that need to be addressed.

Third-country nationals have to wait

“The end-to-end timeline can be a bit lengthy,” she admitted.

One of the issues that need to be addressed is the experience of foreigners with the foreigners’ police, which can be tense due to a lack of organisation and structure to manage people from different cultures and languages.