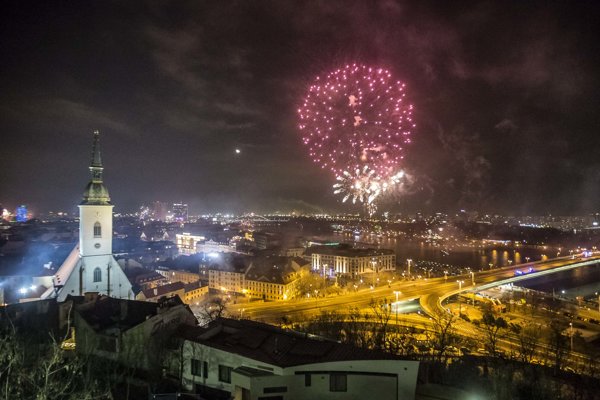 Bratislava will traditionally welcome the new year of 2018 with a run over the Danube bridges and midnight light show fusing fireworks with new media and music.

“We have created a brand new site-specific audiovisual performance taking place beyond the Danube River embankment for the last minutes of the year,” said Zuzana Pacáková, organiser of the popular White Night.

Like last year the Bratislava city council has joined forces with the Old Town to prepare a joint celebration of the New Year’s arrival. This year the New Year’s Eve festivities will be centralised at the Hviezdoslavovo and Štúrovo Squares.

The festivities will start around 22:00 with a warm up-party on Hviezdoslavovo Square where a DJ will play music. The open-air disco will last until 2:00 the next day.

A monumental construction 28 metres long and five metres high will be installed on Štúrovo Square, serving for the audiovisual show. The construction will be accompanied by a digital countdown timer.

“This year we are cooperating with the young Slovak musician Dalibor Kocian aka Stroon, who composed music exclusively for this occasion,” said Pacáková. She added that this will be electronic music combined with a vibraphone. “It will be a magical audiovisual show that will swallow up visitors in time as well as space.”

“We were looking for something spectacular and this is why we are using the most modern technologies. The combination of music with light and firework artists is especially unique and has not been used in Slovakia so far,” said Pacáková. “This is the first time we are doing something like this so we ourselves are curious as to how it will look since it’s a demanding project.”

The city council is promising that enforced patrols of municipal and state police along with security guards, firefighters and paramedics will take care of security, also with respect to recent terrorist attacks.

So due to security reasons people will be able to enter Hviezdoslavovo Square only via six checkpoints. The guards will check people to ensure they do not take prohibited items into the central zone. These include glass bottles, knives or other sharp or dangerous items, as well as pyrotechnics. In Bratislava the latter, except for small sparklers and other less dangerous pyrotechnics, are banned. There is no exception for New Year’s Eve celebrations.

The entry points into the central zone on Hviezdoslavovo Square will be at the intersection of Laurinská and Rybárska Streets (close to the Čumil sculpture) and on the intersection of Mostová and Medená Streets. Another one will be at Palackého Street from Kúpeľná Street. Guards will check visitors at Jesenského Street next to the Slovak National Theatre and on Gorkého Street next to Poštová Banka. An entrance to the central zone will be located close to the US Embassy and Strakova Street.

Organisers call on all those who plan to attend the celebrations in the city centre to leave their cars at home and instead use city transport. This is also because Vajanského Nábrežie and Štúrovo Square will be closed for transport from 23:00 to 2:30 the following day. The Bratislava City Transport company promises to add buses and trolleybuses on all lines. Night transport will run from 23:30 to 6:30 from the centre and from 23:55 to 5:55 into the centre. The vehicles will run in 15 to 30-minute intervals except the night lines N44, N47, N56, N91 and N99. These will run according to the standard timetable and from 4:30 to 6:30 at intervals of 60 minutes.

Apart from ordinary night lines there will be special night trams N1, N5, N8 and N10. They will run at intervals of 30 minutes.

The 29th Silvester Run over bridges

The capital will traditionally host the Silvester Run on the morning of 2017’s last day. It is named after Silvester, the name used in Slovakia for New Year’s Eve. 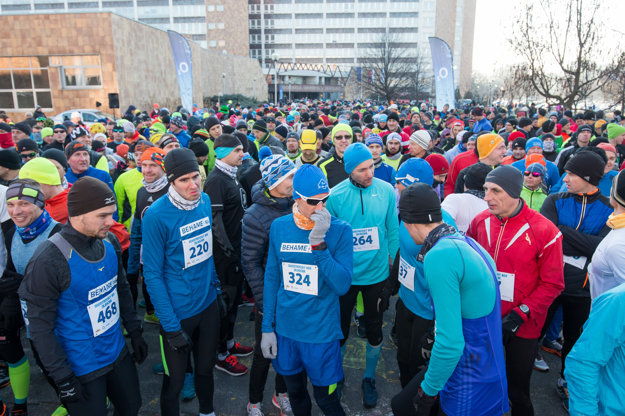 The run will start on Dolnozemská Street close to the Economic University of Bratislava in Petržalka at 10:00. The approx. 10-km long route will go via Prístavný Most bridge, Prístavná Street, the Apollo Bridge, the Danube embankment, the Old Bridge, the Danube embankment and will end below Lafranconi Bridge close to the botanical garden. Due to technical reasons SNP Bridge will not be part of the route this year.

People can personally register on December 31 from 8:30 to 9:30 at the start. The fee will be €10. The runners will be divided into two categories: men and women. 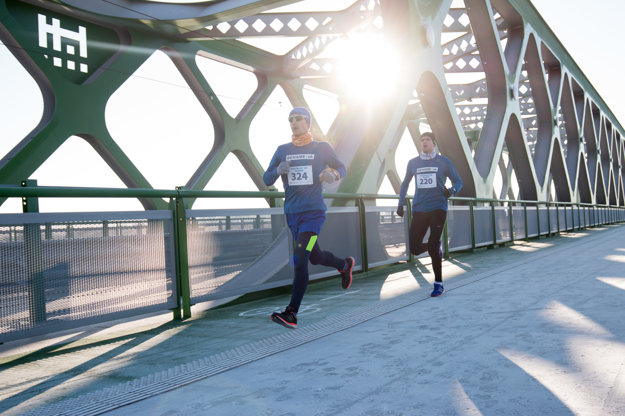 There will be buses serving the runners as changing rooms. They will also take the runners’ belongings to Lafranconi Bridge.