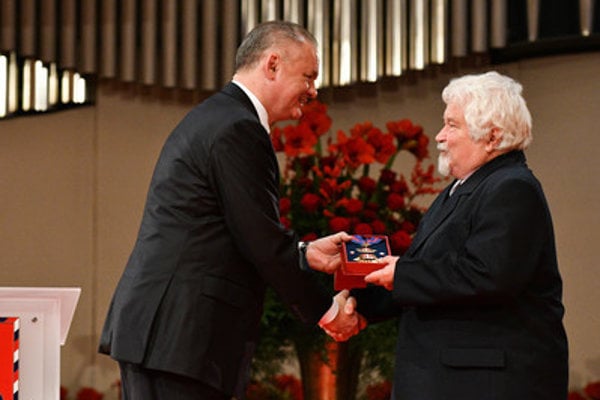 The awards should demonstrate where the roots of country’s success story are to be found, describing the laureates as “heroes with the courage to face evil and people able to do good without opportunism”, the president stressed in his address, as cited by the TASR newswire.

The selection, which included Czech nationals, clearly commemorated not just the establishment of independent Slovakia but the division of Czechoslovakia, the Denník N daily wrote.

Not just Slovak, but also Czechs

The Order of the White Double-barred Cross – meant for foreigners – was bestowed on former Czech prime minister Petr Pithart, Czechoslovak cinematographer Vladimír Ješina (who shot, among other films, the legendary Jánošík by Slovak director Paľo Bielik), the Czech singer who also sang to crowds during the 1989 Revolution, Marta Kubišová, and the famous Czechoslovak soprano Gabriela Beňačková.

Other recipients of the Order of Ľudovít Štúr, First Class, received it for merits in the development of culture: musician Peter Breiner, actor Zuzana Kronerová, and in memoriam compositor Ilja Zeljenka. 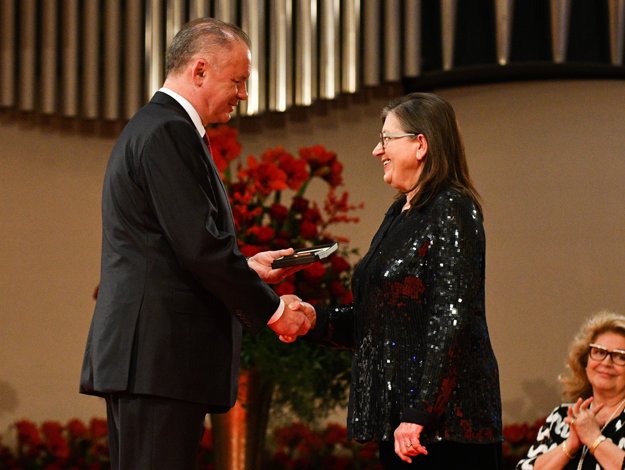 The Order of Ľudovít Štúr, Second Class was given to the 1944 Slovak National Uprising participant Otto Šimko, the translator Marta Ličková, and the writer Alta Vášová.

Meanwhile, the Pribina Cross, Second Class was awarded to Christian activist Marián Čaučík, League Against Cancer founder and managing director Eva Kováčová and ethnographer/folklorist Ján Lazorík (in memoriam), according to the TASR.