A family shows their constructions at the exhibition Bricklandia. 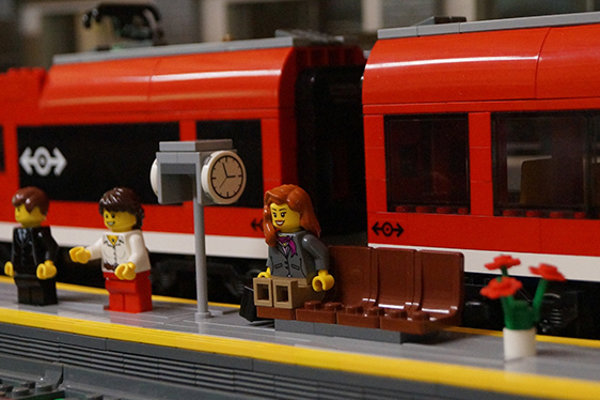 Lego is a favourite Christmas present not only among children but also among adults, as evidenced by Zuzana Sabolová with her husband and six children. Their passion took form with thousands of building blocks and they construct whole cities and even countries, Korzár Košice wrote.

“The passion started when my husband got his first pack of Lego blocks 30 years ago when he was ten. Then he grew up but his passion returned when we bought the first Lego set for our children,” explained Zuzana Sabolová, as quoted by Korzár Košice.

As the collection of Lego slowly spread, the family decided to show the scenes to others and organized the travelling exhibition Bricklandia. In each Lego scene something is happening and it is possible to find a story in each showcase, Korzár Košice reported.

“We have a Paris restaurant where two lovers sit and he has a wedding ring in his hand. Or there is an accident in town – a man riding a quad bike hit a street lamp and there are police and ambulance coming to help. On a construction site, there is a builder running to the toilet,” continued Sabolová for Korzár Košice, adding that everything they build ends up in the showcases.

“The children can play with the construction for about week. Then we take it to the exhibition, although they protest a lot,” explains Sabolová, as cited by Korzár Košice.

Bricklandia has been shown at Hrebienok and Dobšinská Ice Cave, and now it is in Košice. However, transporting of the exhibition is not easy, and family has to use the service of a lorry.

“The exhibition spreads every year so we also bought a van and trailer,” Sabolová added, as quoted by Korzár Košice. The showcases are very expensive and, moreover, they are also fragile. As Sabolová mentioned, the hardest part was to get it to Hrebienok. Part of the exhibition went by cable car with workers during a gale, the second part with showcases were put in a van drawn up by snowcat.

“The cable of the snowcat ripped seven times. When we unwrapped everything at Hrebienok, we found out that everything was so broken we had to postpone the opening of the exhibition,” recalled Sabolová for Korzár Košice. 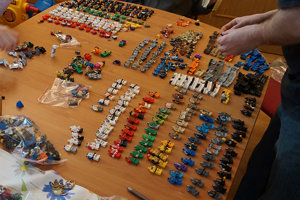 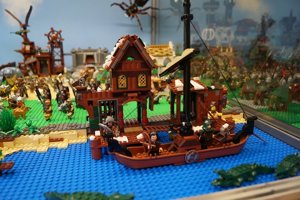 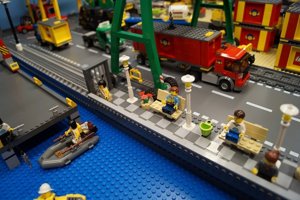