We realise it will not be easy, but we know what we want to achieve and know we can do it, Ambassador Yordanka Chobanova writes as Bulgaria starts its first EU Council Presidency. 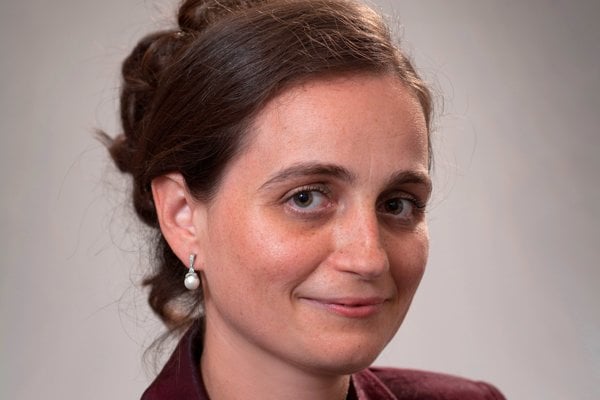 Yordanka Chobanova, Ambassador of the Republic of Bulgaria in Bratislava (Source: Courtesy of the Bulgarian Embassy)
Font size:A-|A+

On January 1, 2018, a decade after its accession to the EU, Bulgaria began, for the first time, its rotating Presidency of the Council of the EU. For our country it is a great honour and of course a great responsibility, too. We realise it will not be easy, but we know what we want to achieve and know we can do it. Our goal is to respond to the real needs of European citizens and turn challenges into opportunities. To prove that despite Brexit, the European dream is still alive and united Europe is our destiny.

Bulgaria chose its national motto “United we stand strong” as the motto of its first EU presidency for good reasons. We are convinced that the key to attaining our common goals is unity. It is not by chance that we chose “United We Stand Strong” for our slogan. This is the motto of our National Assembly and of the Coat of Arms of the Republic of Bulgaria. We will work for unity between the member states, as well as between the European institutions.

The EU is at the doorstep of key reforms aimed at making it stronger, more united and more democratic. “European perspective and connectivity of the Western Balkans”, “Digital economy and skills needed for the future” and “Security and stability in strong and united Europe” are the key priorities of the Bulgarian Presidency.

To preserve its historical achievements and prepare for the future, Europe must re-invent itself just as it has always done throughout its six decades of integration. The Western Balkans are of great importance to the security and well-being of Europe. It is vital to reaffirm the European perspective of the region, so Bulgaria will clearly conduct this message to the Heads of State and the Government of the EU Member States and the Western Balkan countries who will meet in Sofia on 17-18 May 2018.

The Bulgarian Presidency will work to achieve its priorities in a transparent manner, remain open to all European partners and, above all, to all European citizens. We will keep in mind that tomorrow Europe will be what we make it today.

I hope during the journey of our Presidency more and more people will discover Bulgaria itself – a wonderful combination of nature, ancient culture, healing springs, snowy mountains and warm sea. One’s eyes and heart are enough to taste the incredible colour of the Balkans, the magical variegation of the Koukers festivals, the motley national costumes, the songs from the Rhodope Mountains, the astonishing beauty of Bulgarian landscapes and finally - a land where many cultures and religions peacefully coexist.