Šefčovič: I have not considered running for president yet 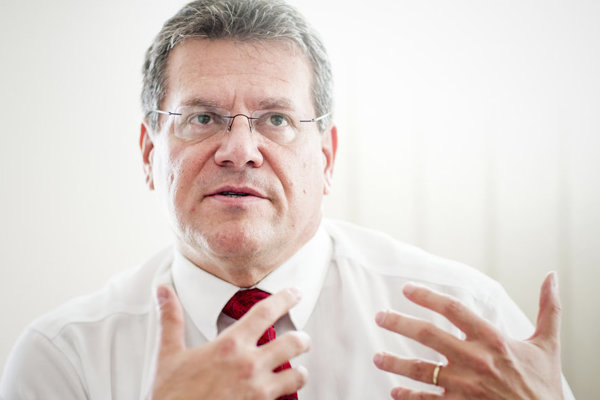 In the interview, vice-president of the European Commission, Maroš Šefčovič, reveals whether he will run for Slovak president in 2019,

- how he feels about Slovakia's failed bid for the European Medicines Agency (EMA),

- and whether he will stop the project of new gas pipeline Nord Stream 2.

Sme: Prime Minister Robert Fico can imagine you as a candidate for president. Can you imagine this?

Maroš Šefčovič (MŠ): If your name, or the name of any other person gets into such a debate, you have to appreciate it. But for me, it was a huge surprise -a completely new idea, as I have not talked about it with anybody.

Instead, I envisioned increasing the turnout for the European parliamentary elections as my role. You know, if the turnout was similar or lower than in the past election, either extremist, strongly anti-EU, or anti-establishment parties could make it to the political foreground.