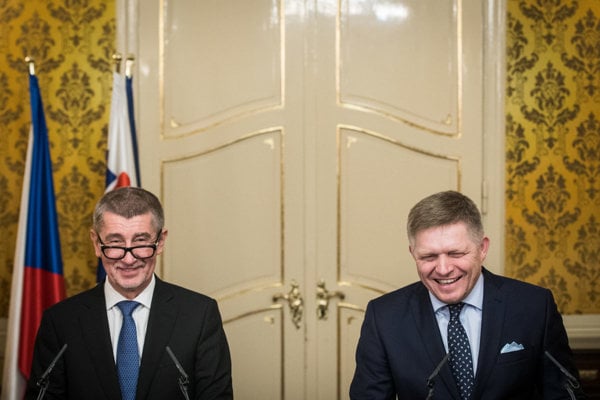 “Welcome home, if I can say so,” said Prime Minister Robert Fico as he welcomed his Czech counterpart (of Slovak origin) Andrej Babiš, who visited Bratislava on his first foreign visit after he came into office. The Czech PM came to Slovakia on January 5, the SITA newswire wrote.

The prime ministers discussed not only the anniversaries linked with the year 2018, such as the 25th anniversary of independence of both countries or the 100th anniversary of the first Czechoslovak state, but also focused on European issues, the Visegrad Group and the euro area. Both prime ministers appreciated the quality of mutual Czech-Slovak relations, which they both see as above-standard.

“I like to use the term ‘mutual trust loans’,“ Fico said, as quoted by SITA. “We are trusted partners who will never lie to each other and always support each other.”

They also both believe that in 2018, they will further boost their relations and remind not only Czechs and Slovaks, but also the entire European Union of the success story of both countries. 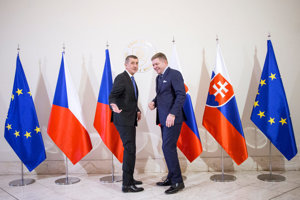 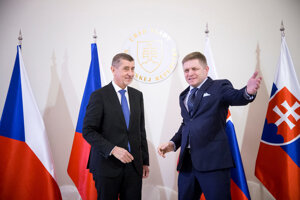 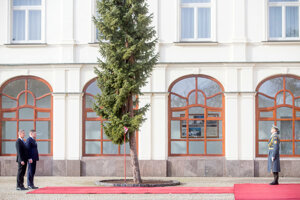 The Visegrad Group (V4 – Slovakia, the Czech Republic, Hungary and Poland) was on the agenda.

“We spoke a lot about our neighbours and I want to emphasise on behalf of the Slovak government that I care very much about V4 continuing to operate in the EU as a credible, reliable, and constructive partner who actively contributes to finding compromises,” Fico said, as quoted by SITA.

Both PMs declared interest to coordinate their steps within the European Union. Fico stressed the potential to find a joint stance also in the topics such as migration and the reform of the asylum system. Babiš added, as quoted by the Pravda daily on January 8, that migrant redistribution quotas do not work.

When asked about the Czech Republic’s ambitions to join the eurozone, Babiš said that he sees more negatives than positives for the country in this regard.

“We are happy with the Czech crown,” Babiš stated, as quoted by Pravda.

Slovak Defence Minister Peter Gajdoš and his Czech counterpart Karla Šlechtová met as part of the official visit, too.