The castle continues its transformation. 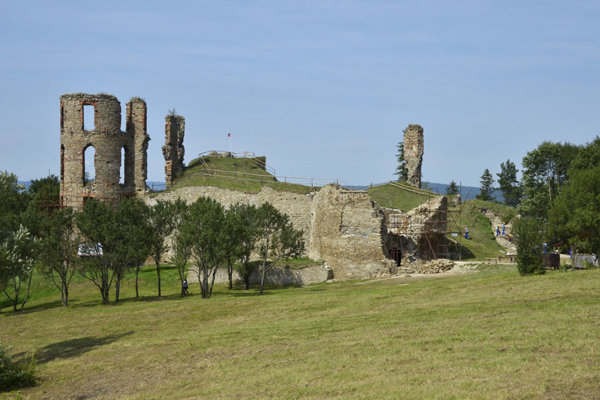 The ruins of Plaveč Castle in the Prešov Region, whose reconstruction started four years ago, is gradually changing its image.

“Until now, it was known for its four-storey tower, but now we’ve completed the construction of two big defence towers, which are bigger in size in the ground plan than the first one,” said Martin Sárossy, the reconstruction’s coordinator, as quoted by the SITA newswire.

The towers were situated more under the ground than above. They managed to uncover and reconstruct them, he added.

The restorers continue in uncovering the castle’s underground.

“We’re gradually making the underground floor of the southeastern bastions accessible, with preserved embrasures and the original floor,” Sárossy said, as quoted by SITA.

The original height of the room where the floor is located remains a mystery. Currently, it is 1.5 metres high.

Thanks to the previous reconstruction work, the castle interiors opened to the public for the first time during the summer. Visitors could see historic images and castle models, SITA reported. 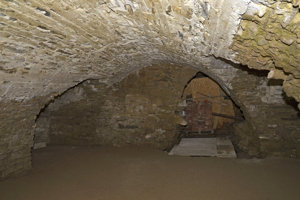 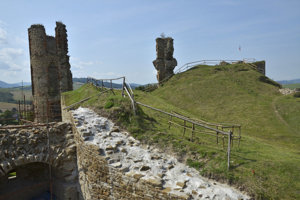 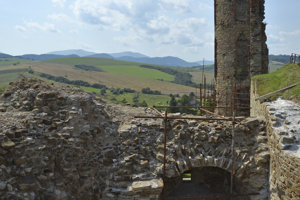 The reconstruction of Plaveč Castle (10 photos)

The castle is already among one of the best accessible in eastern Slovakia. It is possible to park one's car very close to the castle gate. It is situated close to the castle route that connects Stará Ľubovňa Castle with Muszyna in Poland and Kamenický Castle near Sabinov.

The unemployed helped with reconstruction

Plaveč Castle passed into ruins nearly 150 years ago. The current reconstruction project is also financed by the Culture Ministry, and is offering job to the unemployed. Last year, 20 unemployed people were working there.

“I hope the castle’s reconstruction will continue since the Culture Ministry has confirmed the programme for hiring the unemployed will continue for another three years,” Sárossy said, as quoted by SITA.