2018 as the European Cultural Heritage Year will be marked mostly by educational events stressing the value of cultural heritage and by efforts to manifest to the public that the cultural heritage in Europe is a common asset of all nations of the continent. 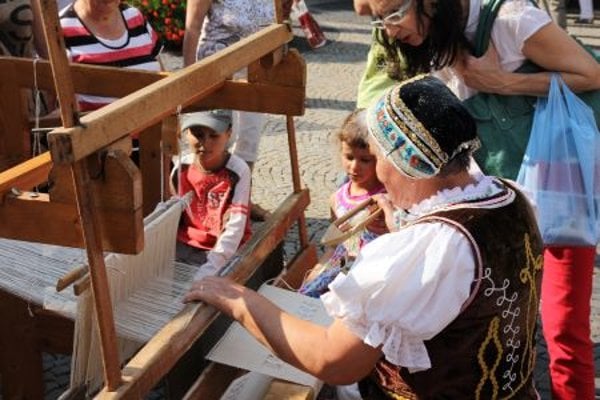 Our common European heritage has universal roots and, despite its wide variety, it basically connects all Europeans, Slovak Culture Minister Marek Maďarič told the SITA newswire. He also added that initiatives and events on European, national, regional and local levels will take place in 2018, the European Cultural Heritage Year. It will be marked mostly by educational events stressing the value of cultural heritage. At the European level, the project will be organised by European institutions, while on the national level this will be done by coordinators selected by individual European Union member states.

Thousands of various activities and celebrations are expected across the EU, and the main European initiatives shall secure that this common project has impact in the future, brings about novelties and changes, according to SITA. The 10 main initiatives concern issues revolving around heritage and various aspects like education, tourism, science, etc. and they are divided into four goals: engagement, sustainability, protection and innovation.

In Slovakia, events and exhibitions connected to the 100th anniversary of the end of World War II and the establishment of the first Czechoslovak Republic will be fundamental in the European Cultural Heritage Year 2018 (ECHY2018), Simona Lukáčová of the Culture Ministry's press department told The Slovak Spectator. She added that these will be organised together with the biggest galleries and museums in the country.

For February, an expert seminar and exhibition are slated to present a topical issue in Slovakia – the renovation of castle architecture. A conference on the history of institutional conservation and protection of monuments has also been organised by the Czech and Slovak Monument Boards.

Other active Slovak players include ICOMOS Slovensko and The Association of Historical Cities and Villages of Slovakia, who will coordinate with the September Days of European Cultural Heritage, such as an international conference on pre-romanesque architecture.

At the end of 2018, the public-service broadcaster RTVS will bring the documentary film Four Sides of Slovakia aimed at presenting the beauties of rich national monuments, Lukáčová reported.

The plan of events and activities will be updated and the calendar is still open for organisers to include their projects. More information can be found (in Slovak) at the ministerial website www.culture.gov.sk/posobnost-ministerstva/kulturne-dedicstvo-/ochrana-pamiatok/europsky-rok-kulturneho-dedicstva-31d.html.