Pohoda is Europe's most environmentally-friendly festival

The Slovak open-air festival received a record seven nominations in the Netherlands. 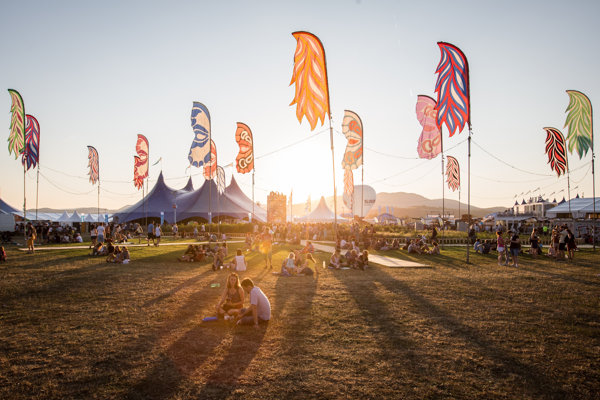 Visitors of this festival, the first of its kind to be established in Slovakia, separate waste, use refundable bottles, eat from naturally degradable plates and use solar lighting.

Head of the Pohoda music festival near Trenčín, Michal Kaščák, would like to use as much green energy and as little waste as possible for his event. His festival was praised on January 17 in the Dutch city of Groningen. Pohoda received the prestigious European Festival Award and was subsequently named the most environmentally-friendly festival in Europe.

After criticism, new toilet strategy had to be invented

After his victory, Kaščák told the Sme daily that he has been striving for the best relation with the environment since the very first year of the festival’s creation. He looked for the best strategy to clean up after the event.

“I remember that after criticism by one person, I decided to find a new strategy for the toilets,” Kaščák added for Sme.

It is not easy for Kaščák to implement new ideas for his festival. In fact, it often leads to problems but his team always finds a way to solve them.

“On the Groningen stage, we learned that the jury did not just like our environmentally-friendly solutions but also our approach to the environment and the way we communicate with people,” the organiser added, as cited by Sme.

They did not expect to win

The European Festival Awards evaluated good festivals and presented in 13 different categories according to the size of the event as well as the service offered to visitors and stars.

The winner was selected after two rounds. In November, the wider public had the opportunity to nominate their favourites. Later, jurors chose winners from these nominations.

The Slovak festival Pohoda has been nominated several times before and now, it has broken a record. The festival garnered seven nominations, which is the largest number earned by one festival in the award’s history. However, the festival did not win awards in the categories of medium-sized festival, programme, promoter, security, solving social issues and brand’s activities.

“Due to our size, I did not expect to win even a single prize,” Kaščák noted for Sme. “This result is already excellent.”