Fight against drought will cost tens of millions of euros

In the next four years, €59 million will go towards measures to reduce the impact of drought, mostly from EU-funds. 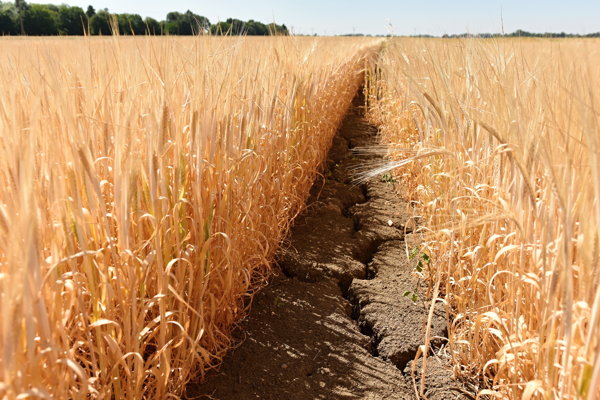 Reacting to the recent situation, the Slovak Environment Ministry drafted the Action Plan for Solving the Impact of Drought and Lack of Water. In this document, the ministry foresees that €59 million will be necessary for measures to prevent and moderate the impact of drought by 2021. The resources will mostly come from European-Union funds, the TASR newswire wrote on January 23. In total, at least €140 million would be necessary for the inevitable measures the Action Plan suggests.

The Action Plan, meant to be a key document in the fight against drought, introduces measures to retain water in nature with the goal of minimising drought, improving monitoring by building new measuring stations, launching a system of drought crisis management and setting priorities for water supplies during periods of long-term drought. Measures in agriculture and forest management, such as the modernisation of irrigation systems, the environmentally-friendly renewal of soil-improvement channels and the sustainable management and revitalisation of forests will be crucial.

For example, the plan foresees the renovation of 510 kilometres of drainage channels and the expansion of their function to include the retention of water by completing facilities to regulate drainage, which would require an estimated €70 million. The modernisation would cost €25 million, the support for water-retaining measures €70 million, and preventive measures for the protection against flooding outside the water-courses a further €50 million.

The natural resources in Slovakia represent almost 147 cubic metres of water per second on average. The total useable amounts of underground water documented in 2015, in all categories, form 52 percent of Slovakia’s natural resources, which is about 77 cubic metres per second from natural sources. Therefore, the usable amounts are sufficient for supplying Slovak inhabitants. In the future, however, the situation may change due to long-term drought, the Environment Ministry explained for TASR.

Also, water resources in Slovakia are divided unevenly in time and space. Climate change is expected to bring the increased occurrence of extreme phenomena, be it drought or strong storms. These anticipated changes make it vital to prepare via the initiation, implementation and operation of specific preventive measures in individual catchment areas both along water-courses and outside them in forests, on farmland, in urban areas and in the whole country, the ministry summed up.