Impact of higher work surcharges on companies is still unknown

Neither trade unions nor employers are satisfied with reached compromise 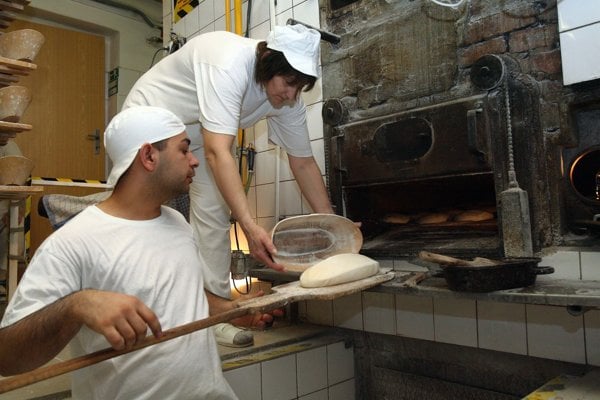 Bakeries might be one of the most affected. (Source: Sme)
Font size:A-|A+

Surcharges for night, weekend and holiday work will gradually increase in Slovakia in two phases and not in one step as originally proposed. Those for night and weekend work will be even lower. Both trade unions and employers showed dissatisfaction over the agreed-upon compromise. While trade unions regret lower than proposed surcharges, the employers see this as the biggest possible compromise for now.

“What we, as employers want, is the competitiveness of our industry not to be harmed and for this [hike in surcharges] not to have a fundamental impact on work places,” said Roman Karlubík, first vice-president of the Federation of Employers’ Associations (AZZZ), after the negotiations. “In any case, we have to say that we as employers are not satisfied even with this proposal. We take it only as a kind of compromise.”

“We are not enthusiastic about people working at nights in particular should get a lower surcharge,” said KOZ vice-president Monika Uhlerová. “Our opinion is that in particular this group of workers should be remunerated more.”

Representatives of employers, employees and parliamentary deputies for the ruling Smer party agreed upon compromise increases on January 15. The draft revision to the Labour Code increasing the surcharges is already in parliament, in its second reading. The parliament will deal with the revision at the next session starting on January 30.

“Today, for me as the labour minister, my priority task is not only to reduce unemployment but the much bigger challenge is to secure enough of a labour force,” said Labour Minister Ján Richter, adding that higher work surcharges should distract people from leaving Slovakia to work abroad. Another goal is the reduction of night work. It is estimated that about 250,000 people in Slovakia work night shifts.