Mišo the bull became trapped after crashing through the ice of a frozen lake. 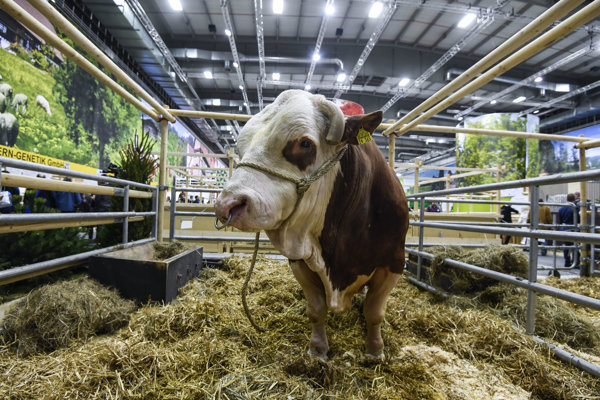 Firefighters in Ružomberok (Žilina Region) had their hands full on Wednesday, January 24, rescuing Mišo, a runaway bull, that plunged into a frozen lake near the village of Lisková, Marek Panák of the Žilina Regional Firefighter and Emergency Corps Directorate informed the TASR newswire.

It was the owner of the young 300-kg bull, who called the firefighters. He had spent over a day searching for the animal, www.noviny.sk informed via a video. In the end he found him in a lake near the village. The animal was trapped some 15 metres from the bank with only his head sticking out of the ice. He estimated that the black bull had been in the lake for about one hour as he had seen him shortly before swimming across the Váh River.

When he found he was not able to pull the bull from the frozen lake himself, he called the firefighters.

“Using a boat was not an option due to the frozen surface, so the firefighters employed a retractable ladder to reach the bull and put a rope around his neck,” said Panák as cited by TASR. “They smashed the ice with axes and gradually, using a cable reel, pulled the animal to the bank.”

Once dragged from the water, the bull was covered in blankets and then returned to the care of its owner.

“Four professional firefighters were summoned to the rescue with two pieces of firefighting equipment,” said Panák.