What is wrong with Davos?

What do you say we cancel next year’s WEF conference, save the money and redirect it somewhere else? 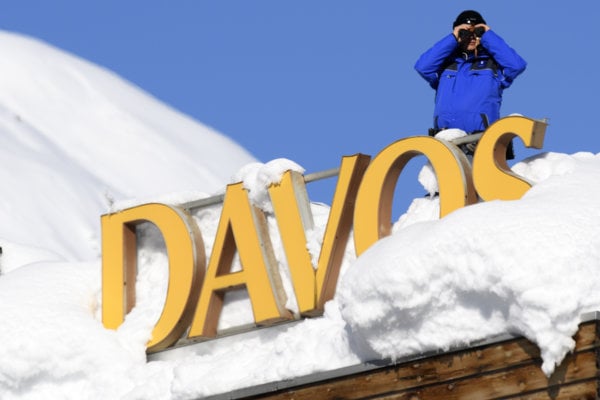 Member of Swiss special police forces stand on the roof of a hotel next to the Congress Centre during the opening day of the the WEF meeting in Davos. (Source: AP/TASR)
Font size:A-|A+0

Did you see picture from the World Economic Forum in Davos? The one that embodies everything that is wrong with the conference in a single image. It shows a security guard with his back turned to the camera, standing next to a sign. The sign has an arrow that alternately directs people to an exhibition called “A Day in the Life of a Refugee” or “Private Car Pick-up,” or if some place mysteriously known as “The Loft”. The security guard is there to keep certain people out, the exhibition makes attendees feel good as they drive by in their chauffeured car on the way to sip some Dom Perignon in the loft.

Yes, it is that time of year again, where some of the world’s richest people get together to pretend they are solving global problems while wearing ski jackets. Last year, the conference was frozen and shock and horror at the prospect of Donald Trump just having become U.S. president. This year, they invited him to speak — because times change and beliefs are flexible.