Tatravagónka Poprad has a new investor

Budamar Logistics group may have paid €100 million for a 50-percent share in one of the biggest producers of railway carriages in Europe. 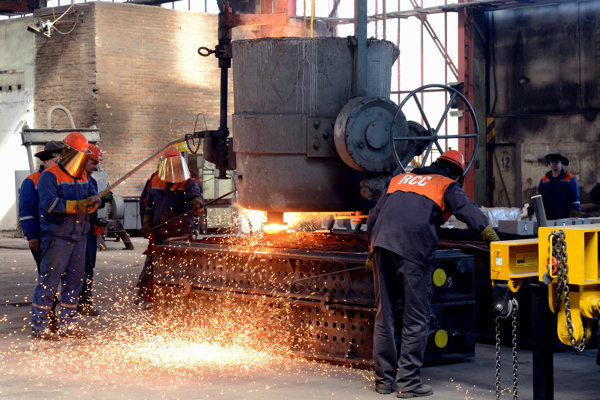 One of the biggest mechanical engineering companies in Slovakia, the Poprad-based Tatravagónka, has a new investor. The Budamar Logistics group signed a contract on the purchase of a 50-percent share in the firm on January 31. The deal still has to be approved by the Anti-monopoly Office, the Sme daily wrote.

Budamar will become the strategic partner of its current owner – the Optifin Invest group of businessmen Alexej Beljajev and Michal Lazar who have been controlling the Poprad facility since 2006. It is probable that neither side will publish the worth of the deal. According to earlier speculations, Budamar may have paid about €100 million for the 50-percent share, which is five times the company’s profit before taxation, write-offs and interests (EBITDA).

Getting stronger in mechanical engineering

Despite being a big company, Budamar became better-known in 2014 when the Týždeň weekly informed it asked for a suspicious VAT return worth more than €20 million from the trading of sugar, tea and oils.

However, police informed last December that nothing proves that Budamar was involved in suspicious VAT deals. The firm entered the Tatravagónka deal – its biggest deal ever – shortly afterwards, Sme noted. By doing so, Budamar will considerably boost its position in the mechanical engineering industry.

Already last year, it bought a minority share in Železničné Opravovne a Strojárne (ŽOS) Vrútky; a company that is, with 900 employees and a turnover of €45 million, the third biggest railway repair company in the country. Budamar controls ŽPS with the family of ex-politician Víťazoslav Moric.

With almost 2,000 employees and €200 million turnover, Tatravagónka is one of the biggest producers of railway carriages in Europe, exporting to both eastern and western Europe.

Thus, the Budamar group will employ almost 4,000 people, which will rank it among the 20 biggest employers in Slovakia.

More investments made by Budamar cannot be ruled out, Sme wrote.

The transaction was expected as publicly available information suggests that Budamar has eyed Tatravagónka for some time already. Optifin Invest had also been searching for a strategic investor for several years and during the past year, more intensely so.