Norwegian writer Björnson, a friend of Slovaks, has memorial in Košice

Marking the credit for Norwegian writer and his engagement in the struggle of small nations – including Slovakia – for independence, a memorial to Björnstjerne Björnson was festively unveiled in Košice. 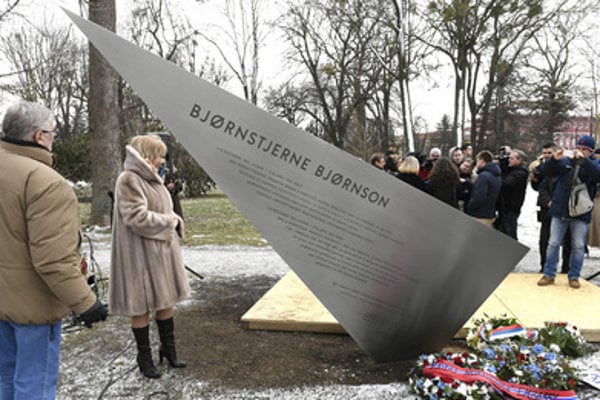 A memorial to Norwegian writer and Nobel Prize laureate for literature Björnstjerne Björnson (1832-1910) was unveiled at Košice’s City Park on February 6 to mark the 100th anniversary of the founding of Czechoslovakia and Björnson’s engagement in the struggle for the rights of Slovaks and other small nations in the Austro-Hungarian Empire.

“Björnson was a real friend of Slovaks during their fight against oppression in the Austro-Hungarian Empire, and his support for the rights of small nations and democratic thinking became a source of inspiration in the process of national revival in Europe after the First World War; and thus for the establishment of the first Czechoslovak Republic,” Norwegian Ambassador to Slovakia Inga Magistad said at the ceremony, as quoted by the TASR newswire.

The almost two-meter stainless memorial weighing one tonne has the form of an open book, which at the same time represents bird wings, and provides Björnson’s quotations on the sides. Young architect Miroslav Beličák worked on the memorial for six months. 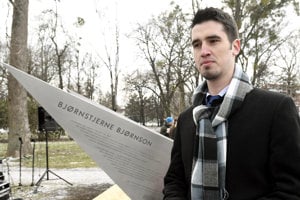 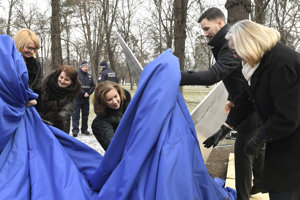 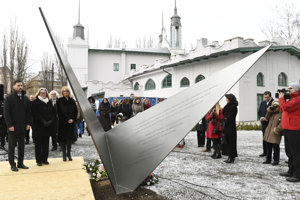 A conference as well as an exhibition dedicated to the life and work of Bjornson will open later this day in Košice’s Kunsthalle hall of art.

A Norwegian poet, dramatist, novelist and journalist, Björnson was one of the most prominent figures of European cultural and social life at the turn of the 19th and 20th centuries, according to TASR. He was interested in the fate of Slovaks and fought for their rights to their own language, national identity and culture. His stories concerning the oppressed condition of Slovaks in the Hungarian Empire were published in German, Austrian and French newspapers.

He was awarded the Nobel Prize for Literature in 1903 and he wrote the text for the Norwegian anthem.