Celebrate Valentine's day in a worthy but less traditional way

During the Valentine’s Blood Drop people can donate blood for those less fortunate. 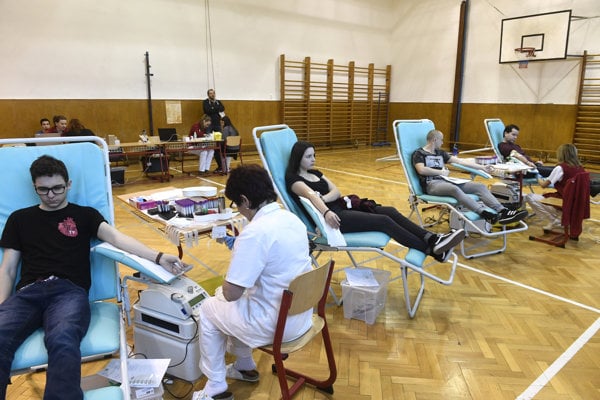 A traditional campaign dedicated to blood donation, entitled Valentine’s Blood Drop, was launched throughout Slovakia on Monday, February 12. Each year, the Slovak Red Cross (SČK) organises the campaign in cooperation with the Slovak National Transfusion Service. Its main goal is to encourage young people to donate blood and to attract as many first-time donors as possible.

“This year is the 23rd that the campaign has taken place,” said SČK general secretary, Zuzana Rosiarová, as cited by the TASR newswire. “Its main aim is to attract and encourage people to stop for a while and spare some of their time for a good cause. Giving blood is so simple and at the same time so irreplaceable.”

Any healthy person aged between 18-60, and regular donors up to 65, can give blood. It takes between 5-15 minutes, with about 450 millilitres of blood taken. In order to give blood, donors must not weigh less than 50 kilograms, they must not be receiving treatment for any chronic disease and women must not be menstruating or have given birth recently. People with Rh-negative blood are considered to be the most precious donors.

The Valentine’s Blood Drop will run for five weeks until March 16th.