Slovenské Elektrárne has connected the third block to the grid. 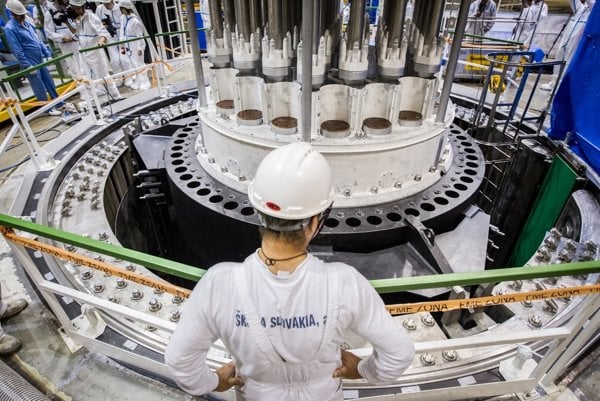 The third block of the nuclear power station in Mochovce is planned to be put into operation during the second quarter of 2019. (Source: Sme)
Font size:A-|A+19

The completion of the third and fourth units of the nuclear power station in Mochovce in south-central Slovakia is closer to completion. The dominant power producer and operator of the nuclear station in Mochovce, Slovenské Elektrárne, has connected the third unit to the national grid. This connection now serves as the main source of electricity for the construction site and for the launch of this unit into operation. After this unit is complete and starts generating electricity, it will supply the grid via this connection.

“We have reached another milestone on the way to putting the unit into operation,” said Francisco José Morejón Verdú, the Mochovce Units 3&4 Project Director, as cited by the SITA newswire.

Based on the latest plans, the third unit of the Mochovce nuclear plant should be put into operation in late 2018. The fourth should follow in late 2019. At the end of 2017 the third unit was 96.1 percent complete and the fourth one 84.5 percent.

Slovenské Elektrárne officially began the construction of Mochovce on November 3, 2008. The original deadlines for completing the third and fourth units were scheduled for 2012 and 2013, respectively, but the company failed to meet them.

As well as the deadlines, the budget for completing the nuclear units has changed several times. The latest budget for completion is €5.4 billion, up from the €2.8 billion expected back in 2008. The installed capacity of each of the unit is 471 MWe.