The secret mountain view over half of Slovakia

When the weather is suitable, mountains over 100 km away can be seen. 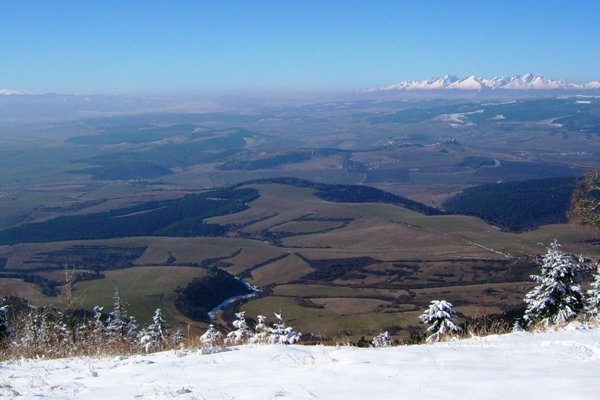 Sport, fresh air and charming views: these are the ordinary benefits offered by Slovak mountains. However, if the weather is clear, sometimes it is possible to see a very long distance. At the right place and time, technology also helps, such as binoculars for checking the view and a camera with a telephoto lens to capture it, Prešov Korzár reported.

Branisko, on the border between Šariš and Spiš, is a smaller mountain range only about 1,000 metres above sea level but perfect for views. The range is situated north-west and views are possible only to the west as Slanské vrchy, with approximately the same altitude, is situated to the east, Prešov Korzár reported.

The best viewing place on Branisko is Sľubica, with an altitude of 1,129 metres. It is possible to see the High Tatras, Spiš region, and Low Tatras up to Ďumbier, but also Veľký Choč above Ružomberok and Malá Fatra, 133 kilometres away, Prešov Korzár wrote.

The weather suitable for such a far view happens only two or three times a year, mainly on winter mornings, Prešov Korzár reported.

The northern peak of the range, Rajtopíky (1,036 metres above sea level), offers similar views to Sľubica. It is possible to see Kráľova hoľa (55 km away) and Ďumbier and Dereše (95 km away), Prešov Korzár wrote.

Another viewing place is Rozsochy (1,080 metres above sea level) on the northern part of Branisko. From here it is possible to see more of the Low Tatras, however, the West Tatras are hidden. Malá Fatra is covered by the Tatra peaks and Veľký Choč is still significant, Prešov Korzár reported. 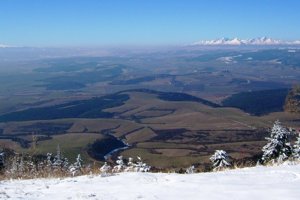 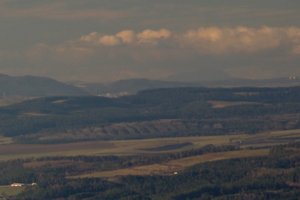 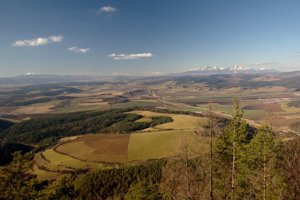 Mountain views over half of Slovakia (9 photos)