Successful businesspeople from the village of Babindol who have received subsidies from EU funds worth millions have connections to the ruling Smer party. 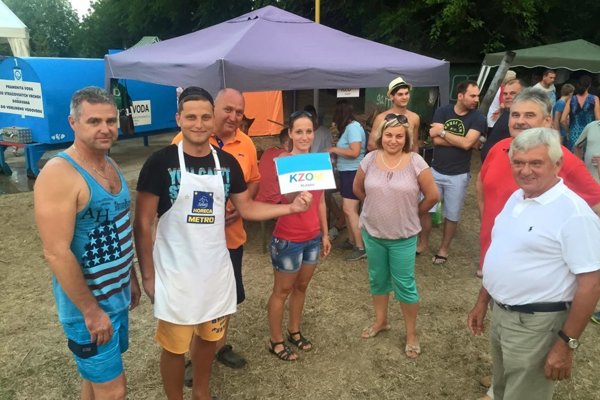 A group of entrepreneurs from the village of Babindol in Nitra Region is very successful but hardly anything reveals the key to success at first sight: some are very young and all of them own agricultural companies that win every tender for subsidies from EU funds, for the development of agriculture. It seems they even found the key on how to build or operate businesses in regional cities from these agricultural funds, the Sme daily wrote on February 16.

Since 2015, in the time of the Smer party’s government, seven companies received a total of €27 million from EU funds, the contracts signed by the Slovak Agricultural Payment Agency (PPA).

Several millions of that will end up, or has already ended up in the Zlatý Kľúčik (Small Golden Key) Hotel in the regional capital of Nitra. However, this money should be used solely for the development of the countryside and its agriculture.

The successful entrepreneurs from the village of Babindol (with 700 inhabitants) know each other, do business with each other and all have connections to the ruling Smer party and its cronies, in one way or another: names like ex-agriculture minister Ľubomír Jahnátek, businessman Miroslav Bödör and Police President Tibor Gašpar appear here.

Two independent sources confirmed for Sme that the local businessman Róbert Ďurica, who has good ties to Jahnátek and Gašpar, knows all Babindol locals and is behind their successful enterprise.

The “Babindol Group” used to win every tender and competition for the EU subsidies they participated in, OĽaNO MP Veronika Remišová found out.

The Zlatý Kľúčik hotel in Nitra, which has been renovated by the companies Horagro and Agro Ladzany for €2.4 million, points to Smer in another way: its top representatives – and cronies – tend to celebrate or give parties in the hotel.

The Agriculture Ministry has so far not given the subsidies to the companies and noted it would perform some audits before doing so, but when asked by Sme about the purpose of the subsidies and their real use, it answered that since Horagro and Agro Ladzany are agriculture companies they can use the subsidies even for urban projects; although this goes against the original goal and probably also against the EU rules. The ministry also reported it would take a closer look at the case. Jahnátek, then-agriculture minister, refused to comment for the daily, citing work duties.

The small group of Babindol businesspeople already received €20 million through agricultural subsidies. The rural development programme offered €2.1 billion between 2014 and 2020, of which €1.5 billion comes from EU budget and €534 million from the Slovak state. Most Babindol subsidies went to the construction of stalls for livestock, haylofts, farm equipment, combine harvesters, etc. However plans for future use include a car wash in Sebechleby and the renovation of an old building in downtown Nitra, of the Zlatý Kľúčik Hotel, etc.

The Supreme Audit Office (NKÚ) has already started investigating the allocation of EU funds. It found that the projects were assessed in a biased way by the committee, and really bad applications proceeded to the second round. Although NKÚ published these deficiencies back in March 2017, nothing has changed so far. Police found no reason for prosecution and the Prosecutor’s Office's motion is still open but without any progress.

NKÚ head Karol Mitrík sent to investigators a personal letter lacking the due necessities for a criminal complaint. When asked to fill in the necessary information, Mitrík failed to react, Sme wrote, citing Jana Tökölyová of the General Prosecutor’s Office.

PPA has a long-term problem with transparency in subsidies.