Maps of the Danube river basin and provinces of Franciscans and Jesuits have not only significant cultural but also historic value. 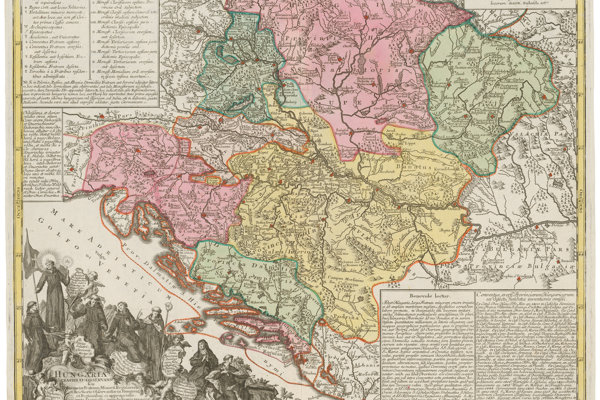 A set of historic maps of the Hungarian monarchy, specifically the Danube river basin and provinces of Franciscans and Jesuits, became the most significant addition to the Old Art Collection in the Slovak National Gallery (SNG) last year.

The maps are proof of the warlike attempts of the Ottoman empire. Maps became more accurate in the 17th century and contained important military-political information. On Birken’s map, for example, localities and dates of important battles are marked.

Nuremberg engraver, art trader and publisher Jacob von Sandrart composed and published several copies of Birken’s cartographic work. As the second map shows, not only German-speaking countries were interested in the river basin geography of the biggest European river as the map was published in Paris as well.

Two maps of religious character offer another view on the Habsburg monarchy. Augsburg engraver Johann Gottfried Eichler (1715 – 1770) created both partly colorized maps in the years 1762 and 1780.

One map is of the Franciscan province in Hungary and the second map of the Jesuit province in Austria. The two orders were the most significant religious orders operating in the early modern history in the area.

The map of the Franciscan province, with four extensive legends, is accompanied by an overview of the Franciscan order. The map of the Jesuit province explains part of Austrian countries and the area of the Hungarian monarchy. Besides the legend, it is accompanied by a precious table of distances between every establishment in the wide territory of the Austrian province. 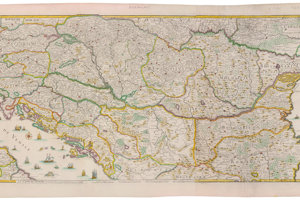 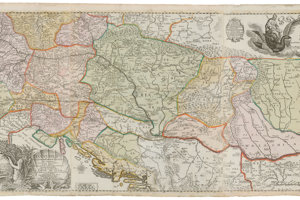 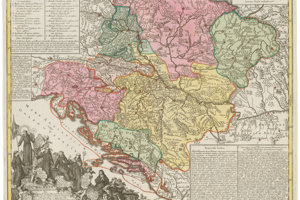