The report points to discrimination against Roma in Slovakia, systemic segregation of Roma children in education and Slovakia’s complaint against mandatory refugee relocation quotas. 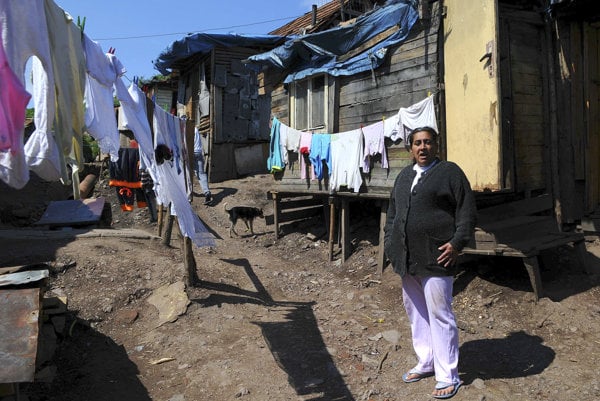 The world is reaping the terrifying consequences of hate-filled rhetoric that threatens to normalise massive discrimination against marginalised groups, Amnesty International (AI) warned on February 22nd as it launched its annual assessment of human rights.

“Last year our world was immersed in crises, with prominent leaders offering us a nightmarish vision of a society blinded by hatred and fear,” said Salil Shetty, Secretary General of Amnesty International. “This emboldened those who promote bigotry, but it inspired far more people to campaign for a more hopeful future.”

The report, The State of the World’s Human Rights, covers 159 countries and delivers an analysis of the state of human rights in the world today.

In the section on Slovakia AI points to discrimination of Roma, systemic segregation of Roma children in education and Slovakia’s complaint against mandatory refugee relocation quotas.

“The discrimination against Roma remained widespread,” reads the report.

The report points to the adoption of a new crime prevention strategy in January aimed at strengthening policing in Roma settlements.

“It triggered concern by NGOs over ethnic profiling and discrimination,” reads the report.

The report also pointed to, among other cases, the opening of investigations targeting six victims of alleged excessive use of force by the police in the Roma settlement in the village of Moldava nad Bodvou in June 2013. The police accused the victims of having committed the criminal offence of falsely accusing the police of wrongdoing.

AI recalls that in September, the Court of Justice of the European Union rejected the application submitted in 2015 by Slovakia and Hungary against the mandatory relocation scheme which aimed to relocate refugees from EU member states such as Greece and Italy. The CJEU held that the EU institutions can adopt the provisional measures necessary to respond effectively and swiftly to an emergency situation characterized by a sudden inflow of displaced persons.

“By the end of 2017, Slovakia had accepted only 16 asylum seekers of the 902 that it was assigned,” reads the report.