Fire in Košice may have destroyed important documents

The fire started on the roof of the building where the Financial Administration resides. 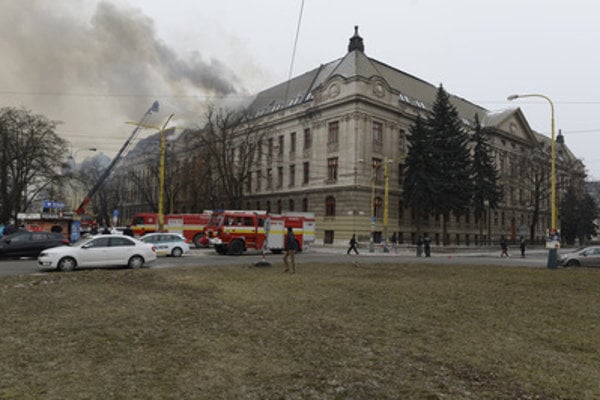 The building where the Financial Administration (FA) in Košice resides caught on fire on Tuesday, February 27. The extent of damage as yet to be determined. The fire started on the roof of the building, spokesperson Ivana Skokanová told the SITA newswire. She added that the administration is housed in the first two floors of the building while archives are stored in the basement. Thus, it is hard to assess as of now whether the FA could lose some important tax documents.

The fire started at around 10:30, was localised around 13:00 and could only be tamed after 16:00. In the afternoon, the roof on the southern side collapsed, Zuzana Farkasová of the Fire- and Rescue Corpse Presidium reported, adding that the strong wind complicated the extinguishing of the flames.

The historical, seven-storey building in downtown Košice belongs to the Railways of the Slovak Republic / Železnice Slovenskej republiky (ŽSR) which invested a total of €7.2 million in the renovation of the building which is a national cultural monument, ŽSR spokesperson Martina Pavliková told the TASR newswire. Constructed in two phases between 1913-1915 and 1923-1925, the building with two underground and five above ground floors was purchased in 2013 for €12.6 million from the Cargo railway company. The renovation started in January 2016 and TA moved in only in October 2017, after the first floors above the ground were renovated. Currently, the 3rd and 4th floors are renovated (by the Rail Group). 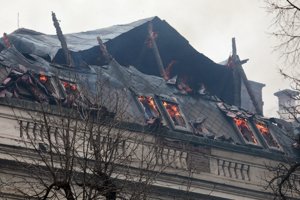 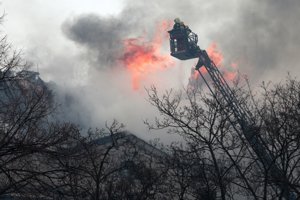 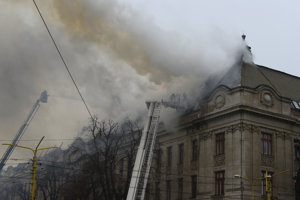 The building was evacuated and nobody was injured.

The city police who discovered the fire helped evacuate the people inside and moved cars parked below when parts of the roof started falling down on the street.

The fire was put under control thanks to 20 firemen and 12 vehicles. The cause of the fire, as well as the extent of damage, remain to be determined, SITA wrote on February 27.