Two weeks into the political crisis triggered by the murder of a journalist, the interior minister steps down, but his resignation may no longer suffice as a solution. 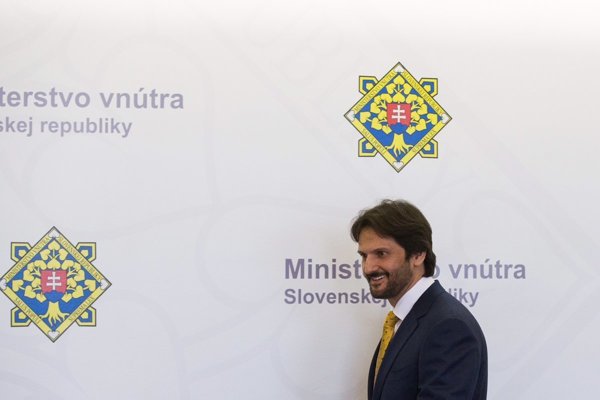 “I will do much more for the investigators and their ability to work in peace if I resign,” Interior Minister Róbert Kaliňák said as he announced his resignation, stressing the stability in the country as the most important thing to aim for at this point.

The resignation of Kaliňák can be viewed as a partial solution that the ruling coalition was expected to come up with following the return of the coalition Most-Hid Chairman, Béla Bugár, from his holiday on Friday. The coalition has been in talks all weekend in order to deal with the political crisis that Slovakia has been going through in the wake of the murder of journalist Ján Kuciak and his fiancée Martina Kušnírová. Kuciak’s last story alleged links between the Italian mafia and people in the government.

“We need to know why and we need to know who,” Kaliňák said about the murder investigation. He refused any notion that Police Corps President Tibor Gašpar should step down, and called him “the strongest and best police president we have ever had”.

“My chair has never been important to me. The important thing is that we put the murderers in front of court,” Kaliňák said.

Kaliňák also faces accusations of sabotage. Prosecutor Vasil Špirko of the Special Prosecutor’s Office on Thursday announced he was filing a criminal complaint against Kaliňák and three top police officers, accusing them of sabotage and alleging Kaliňák’s involvement in a scheme designed to legalise money from corruption.

It is premature to talk about who will succeed him in the post of the minister, Kaliňák said. He also did not answer if he will go back to parliament or leave politics.

Kaliňák repeatedly stated that Slovakia needs stability and that is why he decided to resign.

“What we need is stability so that people can really enjoy the results of our work, so that those results can be projected into their lives,” Kaliňák said. He went on about the economic prosperity of Slovakia.

Up to a hundred thousand people marched the streets of Bratislava and dozens of Slovak cities and towns on Friday, calling not only for the resignation of Kaliňák but also the resignation of Robert Fico and his entire government.

The stance of Most-Híd is still not clear following the weekend talks. The party holds its Republican Council this afternoon, which is expected to decide on the future of the ruling coalition. Most-Híd made it clear more than a week ago that they wanted Kaliňák to resign, but they may demand more than that now.

The party’s vice-chair, Justice Minister Lucia Žitňanská, has heavily criticised PM Robert Fico after he mentioned George Soros and resorted to using conspiracy theories against the opposition and President Andrej Kiska. Žitňanská is reportedly considering her own resignation unless the prime minister acts.

Meanwhile, President Andrej Kiska continues his talks with political parties about the possible solutions to the current political crisis in Slovakia. He met representatives of several opposition parties last week and was scheduled to meet Most-Híd and the Slovak National Party (SNS) representatives today.

“The Republican Council, not the chairman, not the leadership, will decide,” Bugár said following his meeting with Kiska. He failed to specify any details of his talks with Fico or Kiska.

Read also: Murder investigation: What we know so far and what are the main independence concerns Read more