A spectacular version of the classical ballet Esmeralda to be staged in the Slovak National Theatre, in cooperation with the Bolshoi Theatre, has involved more than 200 performers, theatre-makers and backstage workers to mark the 200th anniversary of choreographer Marius Petipa. 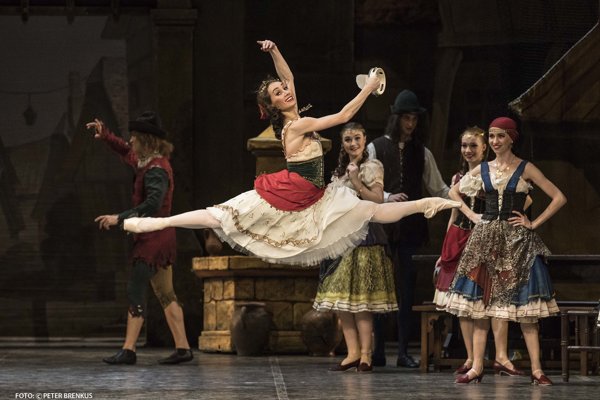 The ballet/dance section of the Slovak National Theatre in Bratislava decided to mark the 200th anniversary of Marius Petipa, considered one of the most influential ballet masters and choreographer in ballet history, in a grand way: on his birthday, March 11, an exhibition on his stagings in SND will open, and one of his staple works premieres on the SND stage, the story of the famous bellringer of the Notre Dame cathedral in Paris and the girl he fell in love with, beautiful gipsy Esmeralda.

The first versions of Petipa’s work premiered in 1844 in London to great success. Spectators enjoyed the inclusion of pantomimic and acting parts, as well as the emphasis on depictions of individual characters. Between 1866 and 1886, the choreographer re-made the ballet Esmeralda, with the new version being premiered in St Petersburg. The libretto by Jules Perrot was based on the world-famous novel by Victor Hugo, The Hunchback of Notre Dame, while the music was the work of Cesare Puni. 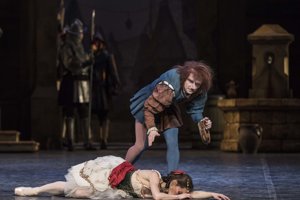 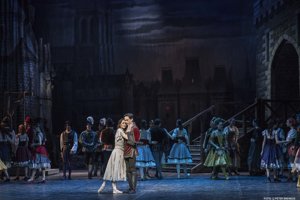 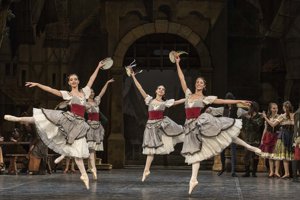 The new version focused less on mime and acting and added more dances – including some group scenes. Thus, the version premiered in Russia adapted the more intimate staging of Perrot’ original work to the period form of “ballet à grand spectacle”, well established at that time in the imperial Russian theatre. Petipa included some parts from his other ballets, as well as creating new ones, e.g. Pas de Six around Esmeralda, Gringoir and the six Gipsy girls. The additional music for Petipa’s last version (1899) was composed by Riccardo Drigo.

The changes and adaptations did not end there, though. “Since the 1899 premiere, Esmeralda has been staged around the world, but mostly in simplified, modernised versions,” Stanislav Fečo, who helped Vasily Medvedev adapt the ballet, explained. “The way Medvedev and I chose is much more demanding. The hardest thing is to coordinate all the components, including a choir and an orchestra.”

Petipa had a mix of character dances, offering huge ensemble scenes, and emphasised prima ballerinas. Male roles were more in the background or as partners, but today’s audiences – thanks to dancers like Nurieev and Baryshnikov who developed stunning techniques – also want to see great performances by male dancers, Fečo noted.

Vasily Medvedev, who not only adapted the original choreography but is also directing the piece, explained at a press conference how much research was needed to restore Esmeralda for the new Bolshoi staging which premiered in 2009. He found the notes of Nikolai Sergeev, a period ballet dancer, choreographer and teacher who was the only one to remember that the “St Petersburg” Esmeralda should be precisely documented, in Harvard archives. Through those notes, as well as through many other sources, Medvedev created an image of the original ballet, although some choreographic dance steps and details were still lacking. He thus had to complete Petipa’s work and to adapt it slightly for a modern audience as well, Medvedev said. 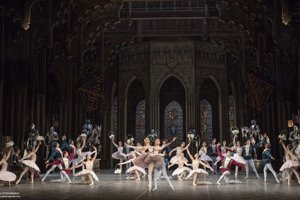 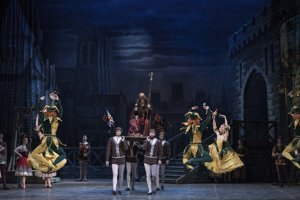 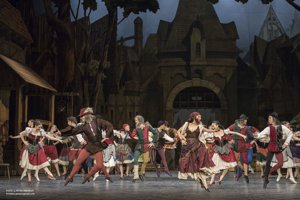 Even many experts cannot tell which part is choreographed by Petipa and which by Medvedev – which is an art in itself, Fečo noted, to make such piece into a unified whole.

This staging emphasises a sophisticated stage and costume design, mass scenes and overall impressive visual and musical experience. The number of all people involved, from soloists through to ensembles, including students and children of the SND courses, orchestra and female choir, to designers and craftsmen as well as backstage staff, equals more than 200.

The SND decided to take over part of the larger existing stage design from the Bolshoi Theatre in Moscow, and some of the costumes from the State Opera Berlin. The rest was produced in the SND.

This fact, together with strict license conditions and the fact that everything has been adapted to the smaller stage in SND, makes it virtually impossible to make guest or festival performances of the ballet. All ballet enthusiasts who want to see the famous “Bolshoi” version of Esmeralda, therefore, need to come to the Slovak capital. After the premiere on Petipa’s birthday, it will rerun on March 14, and then once in each April, May and June. The license lasts for a mere two years, which also determines the number of repeat performances.

“We were surprised by the offer of Mr Dolinský (Jozef Dolinský, head of the SND ballet section), and the fact that the Bratislava ballet dared to stage this demanding project, as Esmeralda is a truly exclusive piece, and not every theatre can afford such a truly grand ballet,” Fečo summed up. “It requires a lot not just from dancers but from all theatre sections.”