The opposition leader wanted the report to reveal whether the government ignored the potential dangers of the Mafia group. 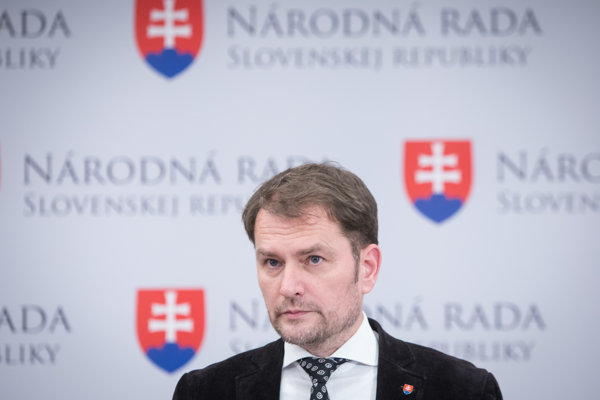 The Government’s Office will not have to submit a report to the parliament specifying when it was informed by the Slovak Information Service (SIS) intelligence agency about the dangers caused by the activities of Italian Mafia in eastern Slovakia.

The MPs rejected the proposal filed by Igor Matovič, chair of the Ordinary People and Independent Personalities (OĽaNO), to oblige the government to submit the report in seven days, the TASR newswire reported.

“SIS has repeatedly informed the Government’s Office about the danger posed by the activities of Italian Mafia in eastern Slovakia,” Matovič said, as quoted by TASR. “But regarding the fact that two people directly linked with this group have been around the prime minister indicates that the Government’s Office ignored the SIS warning.”

Slovaks need to know for their own safety whether the Government’s Office “ignored” the information or SIS “is lying”, Matovič added, as reported by TASR.

President Andrej Kiska has said recently that SIS had been warning the respective government members about the activities of Italian Mafia in eastern Slovakia for a long time. He referred to the information from SIS head Anton Šafárik.

The public has the right to know why the government members have been ignoring SIS warnings for years, the president added.