People would rather buy beer cans than visit pubs

The reasons include the difference between canned and draft beer, which can amount to several cents. 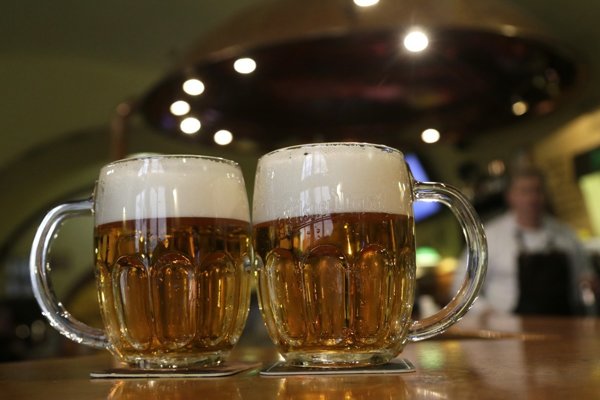 Pubs are gradually losing customers, the Sme daily wrote on March 14, adding that customers have started preferring canned beer at home. This stems from the statistics of the Slovak Association of Beer and Malt Producers. Last year, people drank less than one-third of the total volume of the consumed beer in pubs.

While in 2013, the consumption of draft beer in restaurants and bars was at 34 percent of the total amount drunk, last year it declined to 30 percent. This means a slight decline compared to previous years: since 2013, about one percent less each year of beer drunk in pubs. The consumption of beer bought for home increased by one percent each year. By the end of 2017, the home consumption of this beverage was at around 70 percent.

The consumption of beer in bars has been declining for several reasons, Tomáš Vašuta of the specialised website opive.sk told Sme, adding that these include changing lifestyles, more options on spending free time, also bigger competition from other drinks.

The Association mentions similar reasons, adding others as well: new restaurants and bars appearing that do not offer beer, and the prices of draft beer growing faster compared to canned beer, Jana Shepperd, president of the Slovak Association of Beer and Malt Producers, said for the daily. She added that taxes represent almost one third of the final retail price, and the margins are higher in bars as well.

Thus, the difference between the price of draft and canned beer can be up to many cents.

Another trend can be seen, since people are also switching to cans instead of more traditional bottles. The Plzeňský prazdroj Slovensko reported that cans form about one-third of their total beer production, while with Heineken, canned beer and Radler comprise an almost 60-percent share of revenues.

There are several reasons for this, too. Cans are lighter and easier to carry from shops and do not have to be returned to shops, since they are not returnable. They are made of metal, and can be recycled. Consumers should not throw them into regular waste containers but into recycling bins just like glass bottles.

How to lure people back to bars?

A campaign trying to present beer as a “low-alcoholic and natural drink which is 'in' and is best enjoyed among friends” was launched last year by the Slovak Association of Beer and Malt Producers. Competitions, quizzes, concerts and stand-up comedy events are organised within the campaign.

Breweries are trying to draw clients back to beer halls as well, investing in conceptual bars, improving the quality of services, organising competitions for the best bar masters, etc.