The wife of high police official owns a shopping mall worth €45 million. 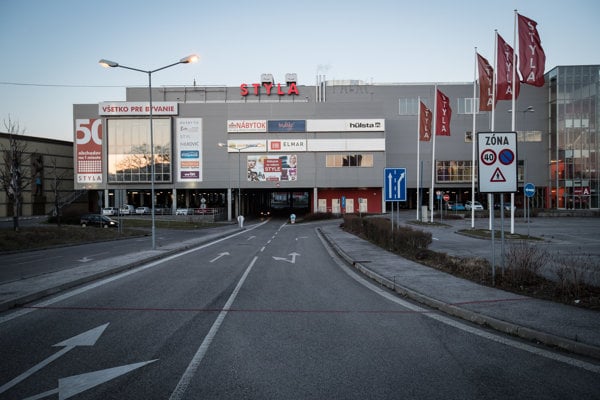 There are several questions concerning the assets of the wife of the National Anti-Corruption Unit at the National Criminal Agency (NAKA)’s head, Róbert Krajmer. As a result, the General Prosecutor’s Office will check whether they correspond with her official income, the Sme daily reported.

Mária Krajmerová has run a real estate business for several years, but there is a lack of clarity around some of her recent projects. She is doing business with Zoroslav Kollár, who appeared on the so-called mafia lists, and Norbert Bödör, considered to having close ties with Smer.

Krajmerová, among other things, is a co-owner of the firm Všetko Pre Bývanie, which owns a store at Zlaté Piesky, Bratislava worth €45 million. She co-founded the company in June 2015 with three business partners. By December 31, 2017 she controlled a 45-percent stock in the firm.

In September 2015 the company bought an unfinished shopping mall linked to the Shopping Palace centre. It completed the building and opened it last March under the name Styla, Sme wrote.

She bought the buildings for €1 with all related agreements and debts. Part of it was also a loan of more than €40 million from the Austria's Raiffeisen Bank International. Krajmerová’s company paid off the loan, the Denník N daily reported.

It is not clear from which sources, though, since the company claims it is part of its business secret, Denník N wrote.

Krajmer at the crime scene

Krajmer was among the first people to appear at the crime scene in Veľká Mača, shortly after the bodies of investigative journalist Ján Kuciak and his fiancée Martina Kušnírová were found, even though his unit is not responsible for investigating murders, Sme wrote.

Krajmerová says that journalists are trying to harm her and that as a private person she does not have to respond to their questions.