The situation following the decision of several countries to expel Russian diplomats will be discussed by the Security Council. 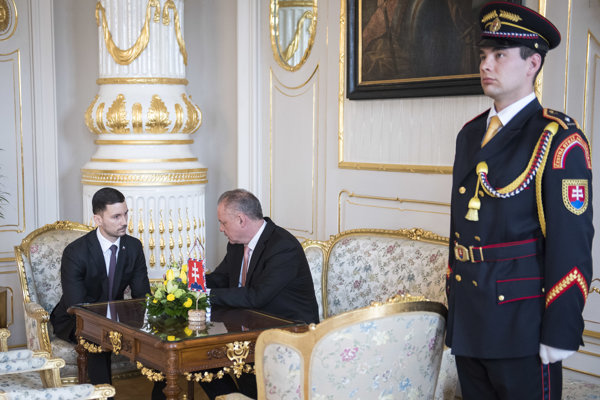 Slovakia should adopt a clear and principled stance towards Russian diplomats in connection with the case of poisoning former Russian agent Sergei Skripal and his daughter, said President Andrej Kiska.

The country is the only one of the Visegrad Group (V4) that has not expelled Russian diplomats following the incident.

Meanwhile, ex-PM and chair of the strongest ruling party Smer, Robert Fico, defended the decision not to expel any Russian diplomat after the March 27 meeting of the Coalition Council, claiming that “we want to have good business and economic relations”. He considers the demand of the UK impudent and says that expulsion is a last resort.

Speaker of Parliament and chair of the Slovak National Party (SNS), Andrej Danko, agreed, adding that “we need Russia”. In his opinion, it is unfortunate for other countries to evaluate us based on the decision on whether or not to expel Russian diplomats.

The Security Council will discuss the situation

Kiska met with State Secretary of the Foreign Affairs Ministry, Lukáš Parízek, on March 27, asking him to explain why Slovakia did not adopt the same measures as its allies. He does not consider the steps taken by the ministry so far sufficient.

“The president backed his actions with information from the intelligence service,” said his spokesperson Roman Krpelan, as quoted by the SITA newswire.

After meeting with Parízek, Kiska called Prime Minister Peter Pellegrini (Smer) and told him he expects a principled and clear attitude by Slovakia regarding the request to express solidarity “with one of our important partners”.

“The prime minister informed him that the Security Council will discuss the situation at its Wednesday [March 28] session,” Krpelan added, as quoted by SITA.

Meanwhile, chair of the parliamentary foreign affairs committee, Katarína Cséfalvayová, wants to summon a special session of the committee.

Parízek has met with the ambassador

Slovakia will decide on adopting further steps only after the investigation on whether Russia was involved in the poisoning, Parízek told the media after meeting Kiska.

For now, the country considers it adequate to invite the Russian ambassador. Parízek said he has already discussed the case with him. 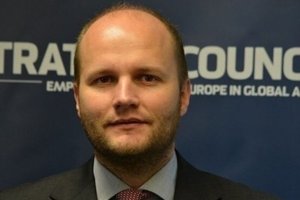 Read also:Analyst: There are at least 10 Russian spies in Slovakia Read more

“I called on the Russian Federation to cooperate in clarifying this incident and to cooperate with the investigation, providing the most relevant information possible to investigate this case,” Parízek said, as quoted by SITA. “We believe the suspicions that are currently communicated will not be confirmed.”

He denied the claim that Slovakia has not shown solidarity with the UK.

Meanwhile, the British Ambassador to Slovakia, Andy Garth, expressed hope that Slovakia will join the European majority and adopt a similarly resolute step like the expulsion of Russian diplomats.

The attack on Skripal is an example of an incident that might worsen the security situation in Europe.

“President Andrej Kiska, Speaker of Parliament Andrej Danko and then-Prime Minister Robert Fico commented on such a situation last October in their joint statement on the priorities of Slovakia’s membership in the EU and NATO,” Garth wrote in a statement sent to SITA.

He recalled the fact that the three highest constitutional representatives said that for the safety of Slovakia, strengthening the stability of the Euro-Atlantic space, as well as the strengthening of stability and cohesion of the EU and NATO, are crucial.

Garth mentioned the list of allies who have expelled Russian diplomats, adding that it is gradually expanding. The list is a response to the agreement adopted by the heads of states and governments at last week’s meeting in Brussels. Slovakia was represented by Czech Prime Minister Andrej Babiš.

The Czech Republic will expel three employees of the Russian Embassy.

“We are grateful for the solidarity expressed by most of our European and NATO partners, as a response to the attempted murder of Sergei and Yulia Skripal in Salisbury by using a military nerve agent,” Garth wrote in the statement, as quoted by SITA.