Her gingerbreads have been sent to the USA, New Zealand and several European countries. 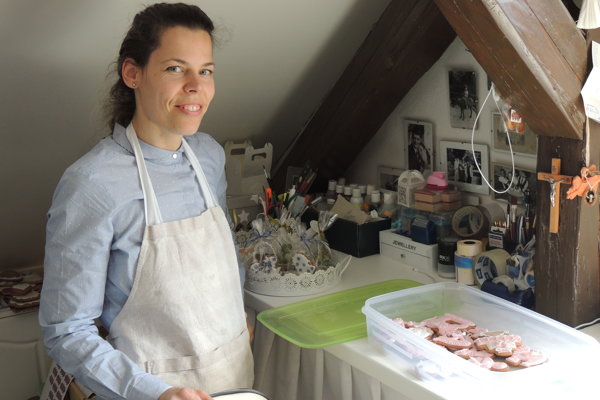 Baking and decorating gingerbreads are not only a hobby for Alžbeta Knappová from Kremnické Bane but how she earns a living. One of them was given to Slovak President Andrej Kiska when he came to visit Kremnica.

“My oldest sister Barbora started to bake gingerbreads in our family. We had about five cutters and no recipe for icing, only for the dough,” Knappová described the beginning of the business, as quoted by the TASR newswire.

At first, Knappová did not think about baking for others but one old lady inspired her when she saw her decorating gingerbreads. “Her work was really precise, her hands did not shake,” she said for TASR.

She tried to bake her own for her wedding. Gingerbreads were laid on the table as place cards for guests. “When I think back I cannot understand why I put them on the table,” she recalled with a smile, as cited by TASR.

Her first order came later, when she was already a mother of four. Baking gingerbreads became a job that allows her to spend time with her family.

“I do what I like and when I want. My slogan is: What I don’t manage to do in day time, I will do during the night,” she said for TASR.

And that’s what her reality is like. From September to December she works mainly at night, sleeping during the day, if possible.

Knappová bakes gingerbread for all kinds of events. Most work is before the Christmas holidays but people order it for weddings, celebrations and christening. However, it is necessary to order at least three weeks in advance.

She cannot say how long it takes to bake the gingerbreads. She leaves the dough to rest for 24 hours before baking, as well as after baking. Icing the cookies may take several days, particularly when decorating bigger gingerbreads.

A wide offer of gingerbread is created not only by various colours but also by various shapes. Knappová has a full cabinet of cutters. Besides the bought ones she also has ones made by local smiths or in Czech Republic according to her design. She also often gets them as gifts when locals bring her new cookie cutters from abroad. 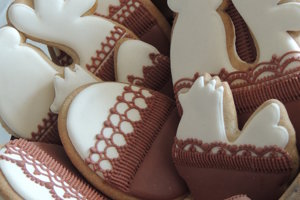 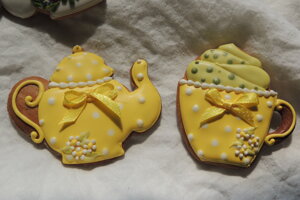 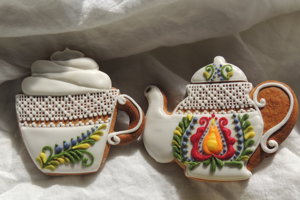