A stay at the Danubia Gate Hotel is truly unforgettable due to the hotel’s perfect marriage of modern and historical.

The city of Bratislava has a long and rich history. The ancient Celtic settlement grew into a free royal town and later, after a series of impactful events, became the capital and coronation city of Hungary. It served this purpose for almost three centuries. Over time, the centre of the multinational Hungarian Empire naturally transformed into the current multicultural metropolis of Slovakia. The continuous inflow of visitors from all over the world led to great success in the tourism industry. The Danubia Gate Hotel (Dunajská Brána), which carries the same name as a mediaeval city gate, is an entrance point and refuge for many travellers arriving to Bratislava. Its modern design compliments the city’s historical roots, many of which stem from the very location the hotel stands on. 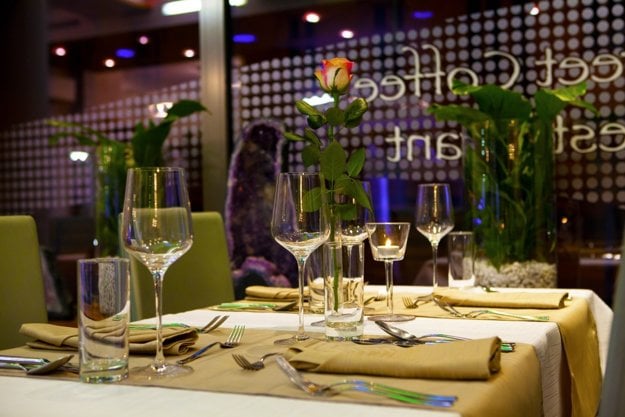 The first written mentions of Dunajská (i.e. Danube) Street, formerly known as Tonawnewsidel, date back to the 14th century. Originally, it was an undeveloped cart road leading out of town. Grapevines were probably grown here. In the following periods, the German name Donaugasse, or the Hungarian Duna Utca, appeared. Numerous archaeological findings prove, however, that there was also an ancient settlement on this site.

In 1291, King Andrew III Of Hungary confirmed for Bratislava the privilege which elevated the original settlement under the Bratislava Castle to a royal town with administration independent of the castle, along with other advantages. One advantage included the possibility to build city walls with gates for fortification. These gates were built between the 13th and 14th centuries. The town had three entrance gates – Michael’s Gate, the Laurinská and Vydrica gates. 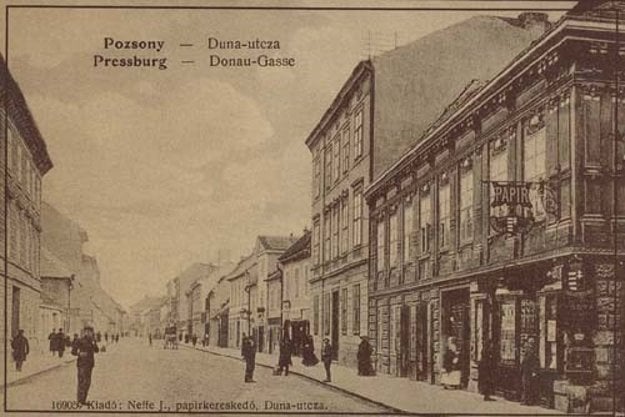 After the city walls were built, settlements and suburbs started to appear in front of them, gradually growing and becoming part of Bratislava. In the 15th century, emperor Sigismund of Luxembourg, fearing the Hussite rebellion, ordered the Bratislava suburbs to be surrounded with tall earthworks and bulwarks, which created the outer layer of town fortification. Five entrance gates were built whose final forms were completed in the first half of the 16th century when the fortification was reinforced due to fears of Ottoman invasions. One of them was the Dunajská Brána/Danube Gate. This naturally predetermined Dunajská/Danube Street’s role as a busy artery that everyone arriving or leaving town had to cross.

The Danube Gate was located on the site of today’s Hungarian-language Secondary Grammar School opposite our hotel and where our hotel currently sits, city walls used to stand. The names Danube Gate and Danube/Dunajská Street were derived from the nearby Danube arm which flowed directly behind the walls. The hotel logo is based on the motif of a gate with the Danube wave, and this symbol is used all over the hotel’s original interior.

In the 15th and 16th centuries, mostly single-storey or two-storey houses of craftsmen and tradesmen populated the street. After industrial factories appeared east of the town behind the original defence line, this street became an important traffic artery.

In 1563 – 1830, Bratislava became the coronation city of Hungarian Empire. At this time, it experienced the biggest boom. It became the seat of the kingdom’s parliament, the residence of the king, archbishop and the most important institutions of the country. 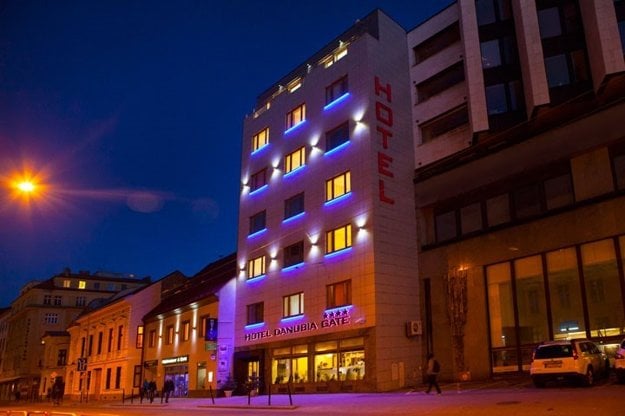 In the modern era, the city walls were gradually losing their importance, and in 1775, on the order of Empress Maria Theresa, a large part of them were demolished or built over, fosses were buried due to hygienic reasons and the city merged and unified with its suburbs.

One person connected with Dunajská Street was legendary Slovak entertainer, actor and writer Július Satinský, who lived on Dunajská 15 for most of his life, and who has a monument erected here.

Thanks to its location close to the historical centre, Dunajská Street is one of the best localities in Bratislava and the history and importance of this place has been revived by the Danubia Gate Hotel. 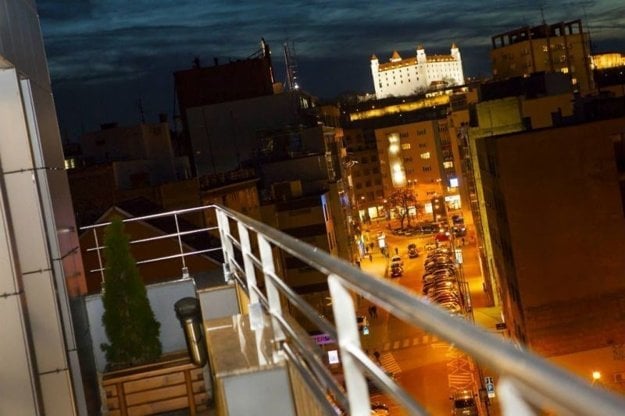 The hotel was renovated and rebuilt in the 1920s, but the main elements of the functionalist architecture were preserved.

When entering our hotel, visitors are welcomed at reception by a smiling employee and a refreshing glass of sec. Attention to detail is one of several things that separate Danubia Gate from other competitors. Guests can choose from a selection of single and double/twin rooms, as well as a family room, or a room for the physically disabled. Guests looking for a more luxurious experience will love our De Luxe rooms fit with Jacuzzis, or our spacious Double Executive rooms on the top floor that have balconies boasting a beautiful view of Bratislava Castle. 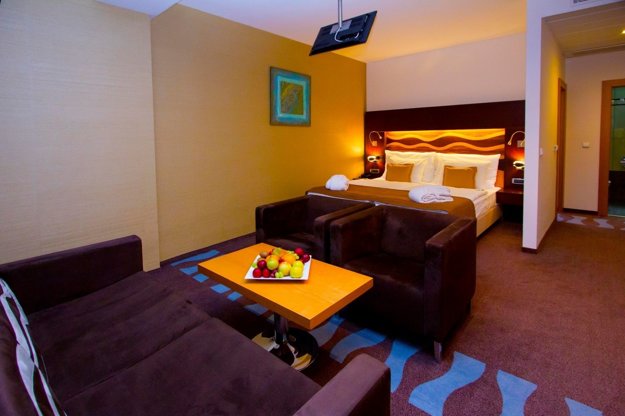 Rooms are equipped with cutting-edge furniture, air-conditioning, internet connection, TV, computers, electric kettles, and many other appliances and necessities. We focus on tidiness and hygiene in our hotel, ensuring our top quality rooms remain spotless.

Our hotel also takes pride in our grand buffet breakfast. In our restaurant and café, guests can choose from a wide range of hot and cold meals and drinks while savouring foreign delicacies and domestic specialties like homemade cakes, slovak cheese, bread spreads, and muesli prepared in the hotel kitchen. Gluten-free food and soya milk is available for those who prefer. Guests who want to enjoy their meal in the comfort of their own room can order breakfast in bed. Every day should start with a hearty and leisurely breakfast and here at the Danubia Gate hotel, allowing our guests to start the day off right is our priority. Within the business breakfast menu, non-accommodated visitors can order a meal. 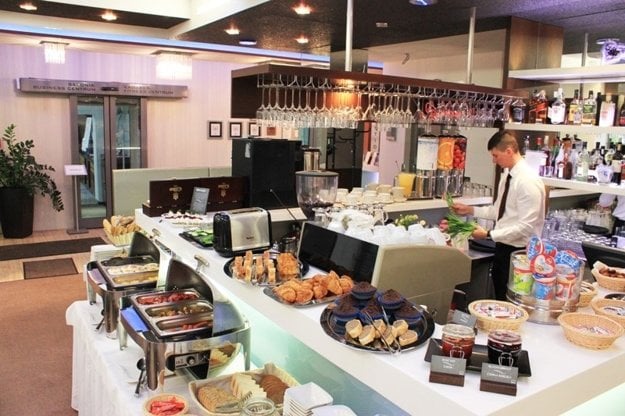 Our lunch menu is also very popular with both our guests and Bratislava inhabitants. Clients can always choose from tasty foreign meals or opt for traditional Slovak cuisine, prepared from fresh and organic ingredients. Meat-lovers and vegetarians have plenty of options to look forward to. The Street Coffee & Restaurant is popular for its trendy environment, experienced, attentive service, and delicious meals. The modern-style interior will add to your exceptional gastronomic experience.

The biggest asset of the hotel is our employees. Their kind approach, helpfulness, professionalism, and ability to solve any problem to the guest’s satisfaction is what makes our receptionists, waiters, chambermaids and other hotel team members truly special. In reviews and evaluations, this is what sets our hotel apart from competitors. Our friendly and sincere atmosphere is something that cannot be described with words, nor captured in a photo so come experience it firsthand at the Danubia Gate Hotel. Everyone is welcome here. 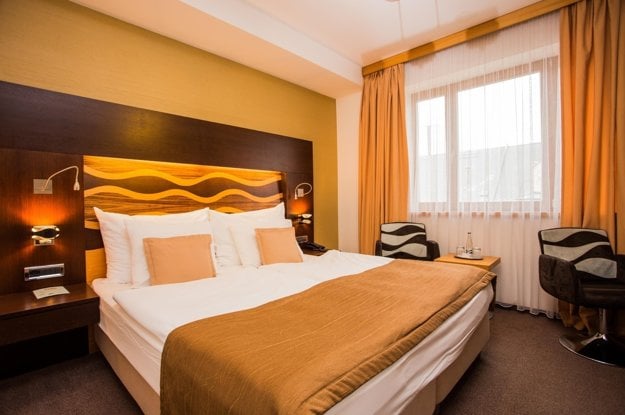 The Danubia Gate Hotel belongs among the best four-star hotels in Bratislava. According to rankings by renowned websites like Booking.com and Trip Advisor, it’s one of the top places to stay in the city. Thanks to its family-friendly atmosphere, luxurious rooms, professional and accommodating staff, and scrumptious cuisine is a stay at the Danubia Gate truly unforgettable. 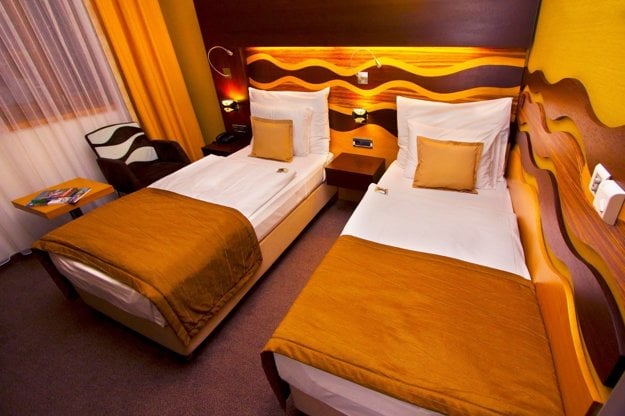