On his way out the door, with his life’s work totally destroyed, Mr Ryan is still unwilling to speak out against Trump. 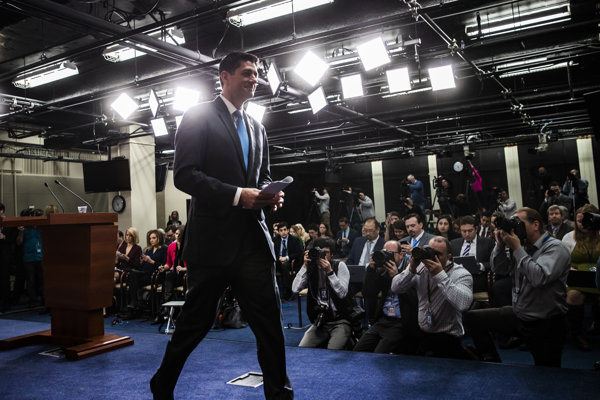 Speaker of the House Paul Ryan, R-Wis., tells reporters he will not run for re-election. (Source: AP/SITA)
Font size:A-|A+4

Speaker of the House Paul Ryan, who is technically third in command in the United States behind only the president and vice president, announced he will not run for reelection in November. He did so as a broken man, and the perfect example of how a political party can be corrupted by a demagogue like Donald Trump. As the philosopher Edmund Burke wrote: “The only thing necessary for the triumph of evil is for good men to do nothing.”

Mr Ryan is by all accounts a good man. He famously sleeps in his office, exercises every morning and then showers at the congressional gym. He flies home every weekend to his family in Janesville, Wisconsin, where he is married with three children and goes to church on Sundays. Ryan is a strong believer in the liberal economics espoused by Friedrich Hayek and Milton Friedman with a primary political interest of cutting government spending, lessening regulation and lowering taxes. I don’t agree with his political views, but I do believe that he really believes in them.