Back to square one? 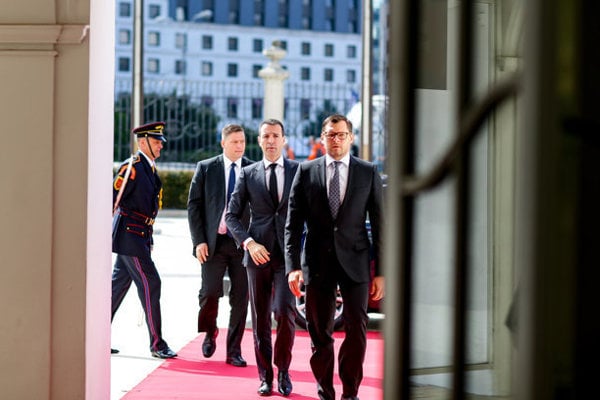 Drucker (second from right) arrives to the Presidential Palace to hand in his resignation. (Source: Sme)
Font size:A-|A+4

As Tomáš Drucker left hospital, in order to give a press briefing announcing to the public that he was stepping down as interior minister after just 25 days in office, his predecessor – who, by contrast, spent almost 10 years in the job – posted a sponsored story on Facebook featuring a family holiday photo, along with a smug comment about how he no longer has to work when he’s with his children.

Let us leave aside the question of why Kaliňák would post a sponsored story apparently intended to cultivate his image as a good husband and father who has been relieved of his never-ending sacrifice on behalf of the public, and can thus finally spend time with his family.

More importantly, why is Drucker stepping down?