They reportedly end up in Azerbaijan, which is banned from weapons exports. 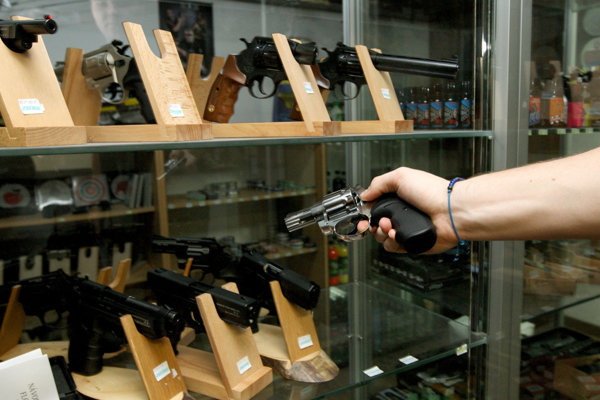 Bratislava airport is used as a transit point for smuggling Czech rocket launchers and howitzers to Azerbaijan, on which a ban on the export of military material was imposed due to its conflict with Armenia.

The weapons are reportedly produced by the Czechoslovak Group holding, owned by Czech armourer Jaroslav Strnad, according to Czech Television.

The company rejects the claims. However, shortly after broadcasting the previous report on the topic, an employee of the Slovak arms factory MSM spoke up and described how the old weapons are rebuilt in the Trenčín-based company and are then transported via Israel to Azerbaijan, the TASR newswire reported.

The information was leaked after the Azerbaijani army boasted with the weapons of Czech origin in an ad. They showed the following devices: the modernised self-propelled gun, the Dana howitzer, with a range of 18 kilometres, and the multiple launch rocket system Vampir, with a 20-kilometre range.

“The whole process starts with bringing the old DANA howitzer that is disassembled directly in the company,” the MSM employee described to the reporters of the Czech Television, as quoted by TASR. 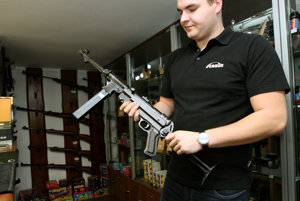 First, they disassemble the tower in Trenčín, while the chassis is sent to the plant of Tatra in Šternberk, also owned by Strnad. The rebuilding takes some two-three weeks, and then the chassis is sent back to Slovakia. Meanwhile, the tower is restored as well. The howitzer is then reassembled and undergoes the ballistic test.

The new facilities, including navigation, camera and communication systems, are sent from Israel, the employee added.

The employee also revealed they signed a contract for distributing 18 howitzers and 15 rocket launchers this year, and the same amount next year, as reported by TASR.

Spokesperson for the Czech Defence Ministry, Jan Pejšek, has already said that the intelligence service is monitoring the weapon exports.

Czech reporters contacted MSM holding, which confirmed the delivery of DANA-M1 and RM-70 systems to Israel. Its marketing director, Lucia Ollé, refused to provide more details, claiming that these are a subject of tax secrecy, as reported by TASR.

However, she rejected any business concerning weapon systems with Azerbaijan.

The reporters even recorded one such transport on camera. The transport of one rocket launcher started on December 27, 2017, and was carried by a truck from Trenčín to the Bratislava airport, where it was moved to the plane owned by Azerbaijani airlines, Silk Way. It then flew to Tel Aviv in Israel, where company Elbit, who was described as the end customer, resides.

The data then revealed that the plane continued to Baku in Azerbaijan.

“Nothing is unloaded in Israel; there is only a stop to make sure the papers are correct,” the employee of MSM told the Czech Television. “The plane flies directly from the Israeli airport to Azerbaijan.”

However, there is no direct proof that the monitored rocket launcher actually was on board the plane, the broadcaster added.

Under the current rules, the arms dealers can sell weapons only to countries that are considered safe and where the buyers show the end-user certificate. While Israel meets the criteria, Azerbaijan does not.

The companies belonging to the Czechoslovak Group have tried to receive permission to deliver weapons to Azerbaijan, but failed to receive it both in the Czech Republic and Slovakia, TASR reported.

Neither MSM nor the Czechoslovak Group have confirmed that the weapons end up in Azerbaijan.

The Slovak Economy Ministry has asked the licence holder to comment on the information. The company said that the end user and customer was an Israeli company, as its spokesperson, Maroš Stano, told Czech Television.

However, the Economy and Foreign Affairs Ministries are monitoring the situation, Stano added.