Psychologist: Sex scene was crucial in Ice Mother, RTVS did not understand

We did not use the full potential of the film, Hana Ševčíková said, reacting to a TV station editing out a scene for the TV version of the film. 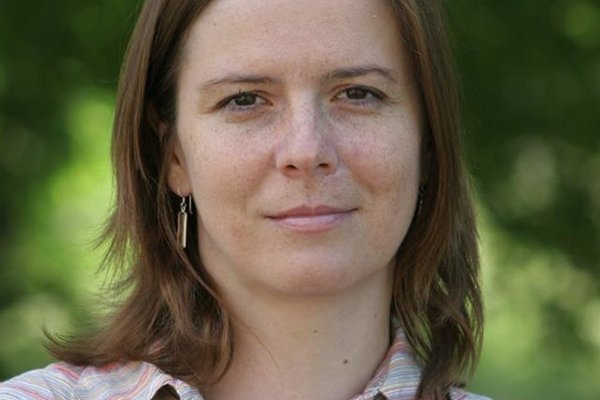 Heated discussions have been underway in the Slovak media environment recently, concerning the news that RTVS did not broadcast the full version of the film Ice Mother – for which Zuzana Kronerová got the Czech Lion Film and TV Academy’s Award for Best Actress, and as well as the Sun in the Net prize of the Slovak Academy. The public service TV broadcaster RTVS edited out the sex scene in which Kronerová used olive oil as a lubricant.

Psychologist Hana Ševčíková saw the full film on Czech TV and says she does not understand the decision of Slovak dramaturges in RTVS. She deems it a castration. The edited scene may have had positive effects on us, she declared, saying that the TV dramaturgy intervention harmed us – and that the dramaturges’ fear reveals truths about us. “RTVS reacted just like the egoistic sons in the movie,” she noted.

Sme: Did you wonder about the sexual scene when you saw it on TV? Did you find anything inappropriate about it?

Hana Ševčíková: No, quite the contrary. I really appreciated that the filmmakers dared to such a level of intimacy, while preserving good taste, the right amount, the depth, even giving the scene a story and a funny note. Recently, we discussed it with my acquaintances, and they asked me with surprise why RTVS edited that scene out. They did not understand why.

Sme: Even in hindsight, with so much polemics – have you not changed your mind?

HŠ: I don’t mean to say that the scene didn’t shake me – but, again, it was a positive shake. It was a strong scene exactly because we have never had anything like that before.

Sme: So what is it that could annoy people so much?

HŠ: I did not see anything like that in this scene. I am rather annoyed by the RTVS decision. Dramaturges who insisted on leaving that scene out behaved just like sons of “Ice Mother”, the main hero.

They, too, refused to accept one aspect of their mother, her animal part, her sexuality, her inner freedom. They were only willing to accept a granny who cooks and bakes for them, who takes care of her grandson. What happened in the film, ignoring that animal side, happened live in RTVS – as well as in the whole society.

Ice Mother in fact showed us how topical this issue is. We are not prepared for it, yet we need it very much. We have to tackle it, otherwise our grandmothers will just forever bake cakes and cook dinners – which will also harm their children.

Sme: What could this scene have brought to Slovak women had it not been edited?

HŠ: Many women live alone – either because they are divorced or because they are widows. Ice Mother shows a woman who managed to free herself from the restrictions society forced upon her. She felt all the expectations of her sons, all the tasks she was meant to fulfil as chains and restrictions. 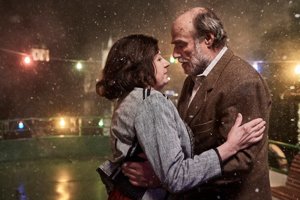 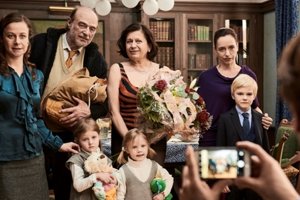 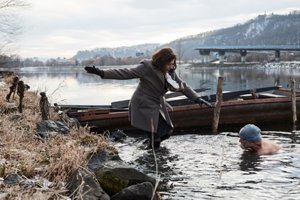 She opted for a different way, inner freedom. This may have encouraged thousands of lonely and frustrated women. Instead of freeing themselves and living their individuality and sexuality, they visit doctors as they have physical and mental problems. The edited scene was crucial.

Sme: RTVS dramaturge said that they only wanted the director, Bohdan Sláma, to edit out the part where the Ice Mother uses olive oil as lubricant.

HŠ: The oil was an important symbol in the movie. Ice Mother received it from her son to fry schnitzels in it but she used it to be able to have sex with a man. Apart from being funny and showing levity, it epitomises her freeing. Oil was meant to serve her sons but she used it for herself. Here, women may have said to themselves: So what, I can also be a bit selfish. I can do something crazy as well, I can enjoy life although I am not 20 anymore and I don’t look perfect.

This films sends the message that we have to rid ourselves of the cult of youth and accept that in older age, too, beautiful and exciting things can happen.

Moreover, I think that this scene has the artistic potential to become a cult scene; we will remember it for years with a smile, just like many scenes from Czech movies, as it is really funny and original. From this point of view, it is a pity, too. RTVS dramaturges castrated this film.

Sme: Reactions to our story in Sme showed that some people may have a problem watching an older body, seeing the physical side in older age. What can be the undercurrent of this?