The lookout at the Bratislava airport is accessible from the Vrakuňa (borough of Bratislava) side. 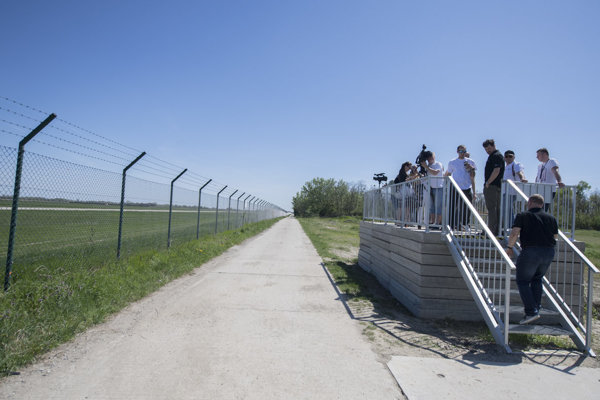 Fans of aviation (plane spotters) and the wider public can watch landings and takeoffs at M.R. Štefánik Airport in Bratislava (BTS) from a new lookout. It was ceremonially opened on April 20 by airport representatives and enthusiasts.

The airport lookout lies behind the fencing, close to runway 31, accessible to people from Vrakuňa, a borough of Bratislava, the TASR newswire wrote.

“We have availed a space we had prepared for public, for people who enjoy photographing airplanes, families with children – simply for anyone who will walk past the airport runways,” BTS spokesperson Veronika Ševčíková said, as quoted by TASR.

The lookout with stairs and a bench is 1.5 metres tall and constructed so that an adult can take photographs of planes over the airport fencing.

“It will be open non-stop, 24 hours a day,” Ševčíková added. 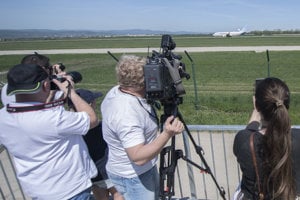 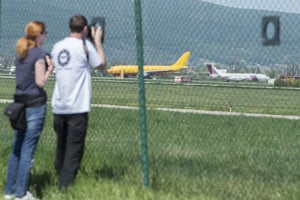 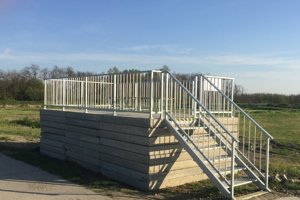 It was mainly fans of airplane photographing, so-called plane spotters, who for a long time sought the building of such a lookout.

“We have been discussing this project with the airport for several years,” Juraj Ondruš of the Airliners.sk civic association uniting aviation enthusiasts told TASR.

Constructing such a lookout is not technically demanding, according to him, but it is rather complicated because many licences and permissions are necessary for it to be operated.

“Now we do have everything we really wanted,” Ondruš described, as cited by the newswire. “I am very happy for the entire spotters community and aviation fans that it has been arranged.”

The map can be found at the www.bts.aero website, BTS informed.

Thank you for singing up. Shortly an email will be sent to the address you provided to verify your e-mail.
Error! Please try to register again later, your e-mail was not registered.
Your email is not in a correct format.
Please confirm you are not a robot.
Share on Facebook (249)