Slovakia to send soldiers to Latvia

The presence of Slovak troops will cost Slovakia around €10 million. 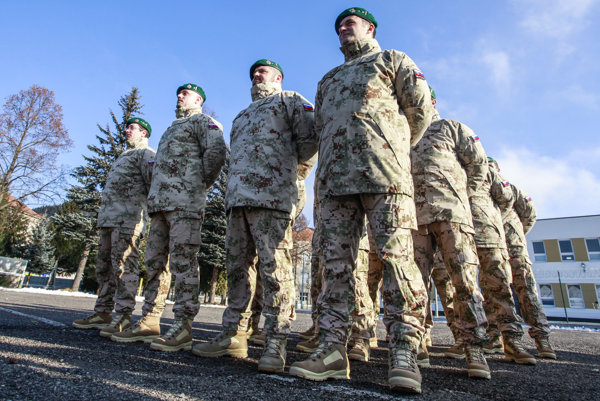 Up to 152 members of the Slovak armed forces will be deployed to Latvia on July 1. They will be part of NATO’s Enhanced Forward Presence to defend the Alliance’s eastern border.

By sending the soldiers to the Baltic states, Slovakia confirms its position within NATO as being its trusted, active and full-fledged member, said Defence Minister Peter Gajdoš (Slovak National Party) after the April 25 governmental session.

The Slovak soldiers will operate under the command of Canada at the Adazi training camp in Latvia with the option of being deployed also to Lithuania, Estonia and Poland. The objective of the NATO mission is to defend the Alliance’s eastern border, the TASR newswire reported.

The mission is not against a particular enemy

The presence of Slovak troops in the Baltic states, as part of two six-month rotations, will cost around €10 million.

“I’d like to emphasise that partly by deploying the soldiers [to Latvia], we’re clearly confirming that we’re a credible partner for NATO meeting its obligations in a responsible way,” said Gajdoš, as quoted by TASR.

He believes that the Slovak soldiers will responsibly fulfill their roles in the second Baltic mission.

When asked whether sending soldiers to Latvia is a reaction to Russia’s annexation of Crimea, as declared by the Slovak Foreign Affairs Ministry, Gajdoš responded that the mission is not directed against a particular enemy, but against any possible enemy.

Two Slovak military liaison officers who have been present in Latvia since November 2017 are preparing the conditions for the planned operation of Slovak soldiers in this country, TASR reported.