If you want to achieve a change, some kind of formal body to work on the agenda on a daily basis is necessary, says Hungarian activist Márton Gulyás. 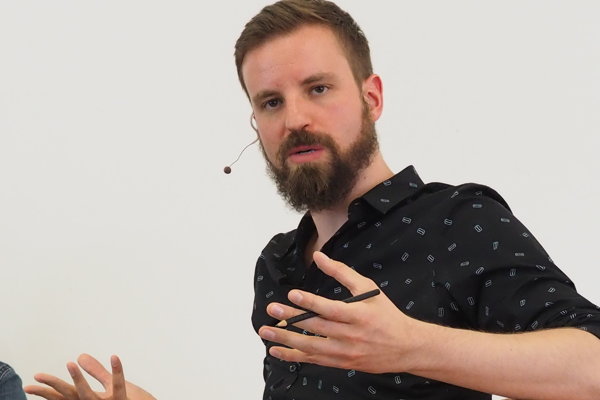 Gulyás visited Bratislava in late April to attend the Face-to-Face conference, to talk about whether decent public protests are possible.

In an interview with The Slovak Spectator, he says what the protests currently held in Hungary lack, as well as the reasons why they failed to prevent Viktor Orbán from winning a two-thirds majority in the recent Hungarian elections.

The Slovak Spectator (TSS): What should a “decent public protest” look like?
Márton Gulyás (MG): Non-violence protests are the only ones acceptable for a developed civil society. But if there is no representation, formal agenda or community behind them, it means there is no channel for the people who are attending them to go beyond these events. Even if hundreds of thousands of people are in the streets of Budapest right now, there is no formal body behind the demonstrations trying to keep the agenda alive and work on it on a daily basis. This is what we should learn from other protests: if you are fighting for change, you should focus on those bodies, organisations, or even informal groups and empower them with this mass of people on the streets. A change will not come without constant and sustainable work on a daily basis.

TSS: What’s the reason for not having any official body in Hungary?
MG: Firstly, all the opposition parties are blamed for the election result. Of course, they failed greatly and that’s why the people don’t trust them. They couldn’t be a representative of these people. On the other hand, there are no mass movements or large unions respected by the people in my country. Right now the question is who would form the first movement that will try to unite the people, give them an agenda and try to give them activity on which they can work on a daily basis.

There are small movements doing this, but they are just engaging some dozens of people. For a change we need a massive movement with tens of thousands of people fighting for change. That’s what we have to think about and learn from previous failures: without political representation or political formation we will not be able to get past the troubles we are facing right now.