President Andrej Kiska called the defeat of fascism a victory of European civilisation respecting the dignity of every human being, ex-PM Robert Fico stressed that his party will not participate in the “anti-Russian madness”. 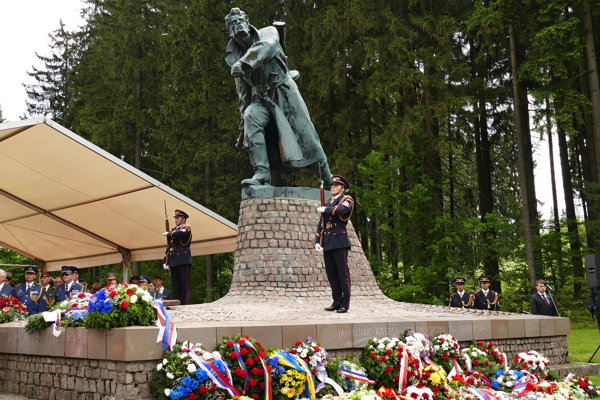 The bloodiest conflict in modern history, World War II, ended in Europe 73 years ago. While Slovakia and most European countries celebrate Victory in Europe Day on May 8, Russia and Belarus celebrate one day later.

Within the celebrations of the Victory over Fascism Day, Slovak politicians also laid wreaths, participated in the events and commented on both the anniversary and the current situation.

It is important to commemorate the victory over fascism so as not to allow the ideology of evil to drive another generation of Europeans to the struggle for survival and hatred towards minorities, prejudices against other cultures and religions not to become a political programme, Slovak President Andrej Kiska said on May 8 at the Jan Žižka First Czechoslovak Partisan Brigade Memorial in Makov, in Žilina Region.

The defeat of fascism in WWII was not only a military victory in the 20th century’s bloodiest conflict, but a victory of European civilisation respecting the dignity of every human being, Kiska added.

“We’ve met here on the border of the Czech and Slovak Republics near the last liberated village in our territory in WWII to commemorate the most important victory in modern history for our countries and Europe,” president noted, as quoted by the TASR newswire. “On May 8, 1945 people in Europe won a struggle for their own and our survival. We came here today to offer thanks for their sacrifice, courage and endurance.”

Kiska paid tribute to members of the First Czechoslovak Army Corps, heroes of the famous Red Army, soldiers from the Romanian military, partisans, members of the domestic resistance and allies on the eastern front. 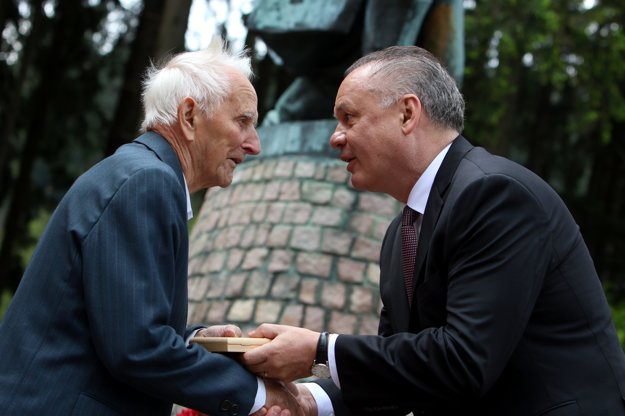 President Andrej Kiska hands over Medal of Thanks for Contribution to Liberation to freedom fighter Matej Valocký, May 8, Makov. (Source: TASR)

Defence Minister Peter Gajdoš, also present, said that “those who survived and those who sacrificed their lives for the liberation of their homeland deserve our respect 73 years after the end of the war”.

Meanwhile, ex-prime minister and chairman of the ruling party Smer, Robert Fico, paid tribute to the fallen soldiers at the Slavín memorial in Bratislava. He declared he refuses to participate in “the anti-Russian madness that is spreading like a cancer across the whole world without any proof”, adding that Slovakia should clearly say that the recent use of missiles in Syria by the US, France and the UK was a serious violation of international law.

He called the fact that a country refusing to expel Russian diplomats from its territory in connection with the Skripaľ case an act of sovereignty, the Pravda daily quoted him on May 9. Small countries that are servile end up losing face, according to Fico. 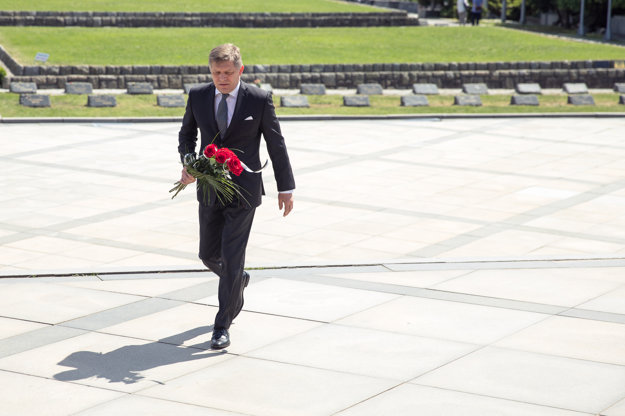